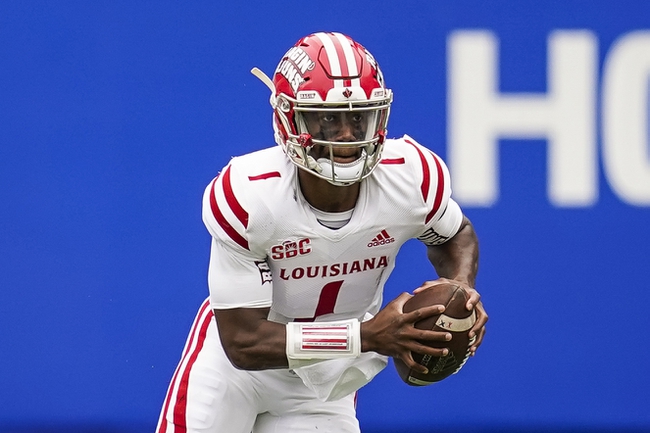 Central Arkansas enters this matchup at 5-4 this season. The Bears have won consecutive games, taking out MO Western and Eastern Kentucky in that pair. As for Louisiana, they’re 7-1 this season. Since their lone loss, the Cajuns have beaten UAB, Texas State, Arkansas State and South Alabama in succession. Check back all season long for free college football picks at Sports Chat Place.

In the win over the Colonels, Central Arkansas quarterback Luke Hales put up 324 yards with two touchdowns and two interceptions, and Pierre Crossley had 62 rush yards and a score on 13 carries. Tyler Hudson had eight receptions for 154 yards and a score to lead the team there.

Over on the Cajuns’ side, it’s been a great year so far, but there have been some near heart-attack results. After the tough 30-27 loss to Coastal Carolina on October 14, Louisiana went on to beat UAB 24-20, Texas State 44-34, Arkansas State 27-20 and South Alabama by a relatively comfortable 38-10.

In the win over the Jaguars, Louisiana quarterback Levi Lewis posted 252 yards with three touchdowns and one interception. Chris Smith paced the rush on 99 yards and a score off seven carries and Neal Johnson had three catches for 40 yards.

PICK: I’m going to lean Central Arkansas here. I could potentially validate a pick the other way however; the Cajuns have a great offense when they’re clicking, and the Bears have had some issues giving up points to persistent teams this year. That said, Central Arkansas also surprises a lot of teams with their own scoring abilities, and I think they’ll be able to stay close enough in this one to eke out a cover.