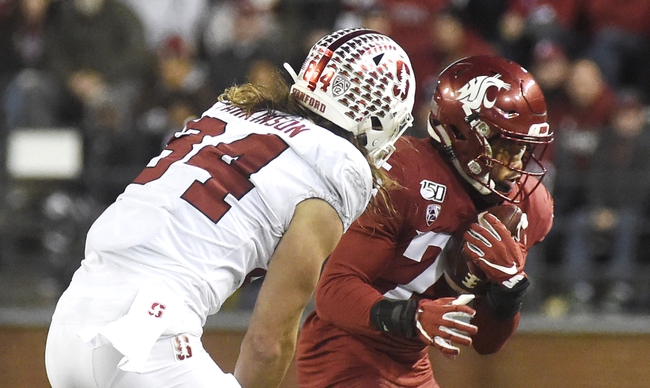 This Game has Been Cancelled.

The Washington State Cougars have shown they have the offensive firepower to hang around in a game like this, but their defense has gotten blasted through two games and they've shown zero ability to stop the pass. The Stanford Cardinal are 0-2 on the season, but some of that has to do with the schedule and starting with two tough teams. I still believe in coach David Shaw and Stanford is still a talented team that should be given the benefit of the doubt. Now, if Stanford can't move the football in this game and control the trenches, then it's time to hit the panic button.