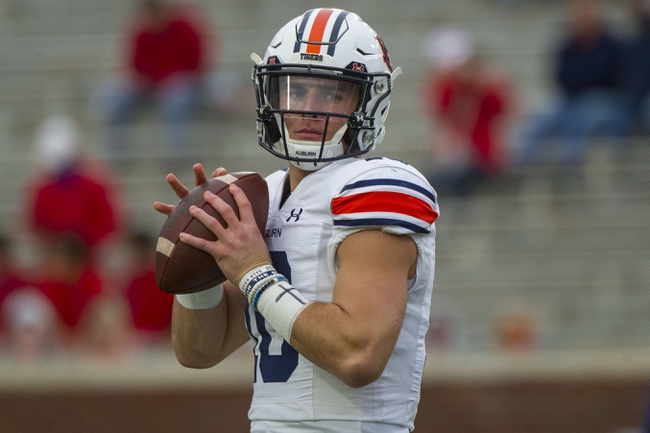 The Auburn Tigers host the Tennessee Volunteers when they meet Saturday in week 12 SEC college football action at Jordan-Hare Stadium in Auburn.

The Auburn Tigers look for a win to build on their 4-2 record. The Auburn Tigers have won five straight home games. Bo Nix is completing 60.7 percent of his passes for 1,407 yards, nine touchdowns and four interceptions. Nix has one or less touchdown passes in four of his last five games. Seth Williams and Anthony Schwartz have combined for 933 receiving yards and five touchdowns while Eli Stove has 21 receptions. The Auburn Tigers ground game is averaging 171.3 yards per contest, and Tank Bigsby leads the way with 503 yards and five touchdowns. Defensively, Auburn is allowing 22.8 points and 391.8 yards per game. Zakoby McClain leads the Auburn Tigers with 62 tackles, Owen Pappoe has two sacks and Roger McCreary has two interceptions.

The Tennessee Volunteers have major issues offensively and while the losses are piling up, they're failing to cover as well. The Auburn Tigers offense is coming off back-to-back impressive performances and an extra week to prepare for this game should only help a guy like Gus Malzahn. We have a Vols team that can't score and an Auburn team with playmakers and a great offensive mind that's capable of lighting it up on a good day. This has the potential to get ugly for the Volunteers.

I'll lay the chalk with Auburn at home.