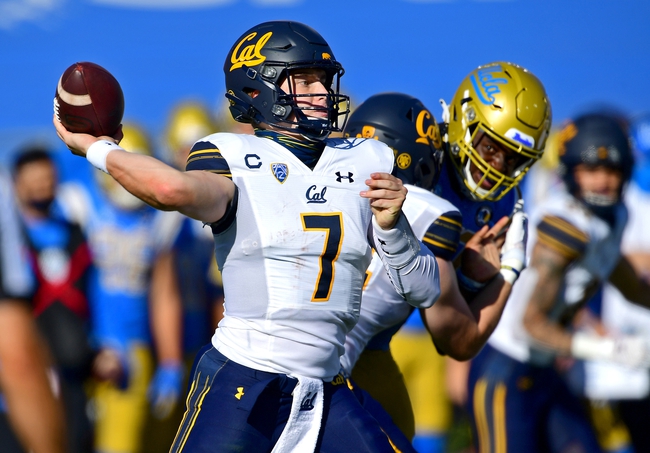 The Oregon State Beavers host the Cal Golden Bears when they meet in Pac-12 college football action from Reser Stadium in Corvallis on Saturday afternoon.

The Cal Golden Bears will look to bounce back after having their first two games cancelled due to COVID cancellations before losing the makeup game against UCLA 34-10 last time out. Chase Garbers threw for 122 yards and an interception on 18 of 33 passing while Christopher Brown Jr. led the Golden Bears with 25 rushing yards and Damien Moore had 14 rushing yards as Cal combined to rush for 54 yards on 28 carries for a measly 1.9 yards per carry. Collin Moore led Cal with 28 receiving yards and Makai Polk had 3 grabs for 26 yards while Brown Jr. had a team-high 4 catches for 17 yards. On defense, Daniel Scott led the way with 11 total tackles including 6 solo tackles while JH Tevis had 10 total tackles and Camryn Bynum added an interception for the Cal defense in the losing effort.

The Oregon State Beavers will be looking for their first win of the season after a 27-21 loss to Washington last time out to fall to 0-2 this season. Tristan Gebbia has thrown for 414 yards, a touchdown and an interception on 62.5% passing through two games while Jermar Jefferson leads the Beavers on the ground with 253 rushing yards and 4 TDs. Trevon Bradford has a team-high 10 catches for 95 yards with Oregon State’s lone receiving touchdown this season. On defense, Avery Roberts leads Oregon State with 22 total tackles including 16 solo tackles while Jaydon Grant had an interception and Kitan Oladapo has Oregon State’s lone sack this season.

It’s really hard to make a case with such a small sample size, and Oregon State did lose a pair of games to two teams in Washington State and Washington that probably are in for a down year this season respectively. However, Cal looked horrendous against UCLA, and while it can only go up from here, Oregon State’s at a point where they need to turn things around quickly and an 0-3 start in a six-game season is not where you want to be. I think we see an inspired effort from Oregon State here to at least battle and keep this one within 3-4 points if not win it outright. Give me Oregon State and the points here.