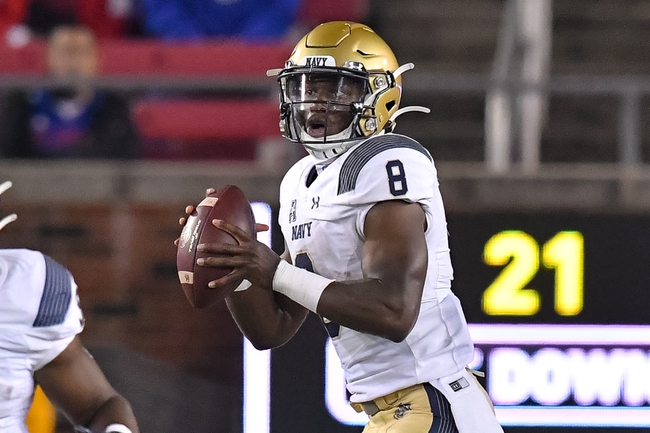 THIS GAME HAS BEEN POSTPONED.

Navy comes into this game at 3-4 on the year. The Midshipmen have lost consecutive games, falling to Houston and SMU in their last pair. As for South Florida, they’re 1-7 in 2020. The Bulls are on a seven-game losing streak, most recently falling to Houston this past weekend. Check back all season long for free college football picks at Sports Chat Place.

It’s been quite a choppy season for Navy, with a handful of ugly games against tough opponents. The Midshipmen started out at 2-2 with a couple of blowout losses to BYU and Air Force. Since the win over East Carolina 27-23, it’s been a 37-21 loss to Houston and a 51-37 loss to SMU for Navy.

In the loss to the Mustangs, Midshipmen quarterback Tyler Goslin threw for 123 yards and two touchdowns on 6-of-10 passing. CJ Williams had 63 yards on five carries to lead the rush, and Jamale Carothers had two catches for 91 yards and a touchdown.

In the loss to the Cougars, USF quarterback Jordan McCloud posted 180 yards and a touchdown, and Brian Battie led the rush with 13 carries for 86 yards. Bryce Miller posted 53 yards on five catches to lead the USF receiver there.

PICK: I’m going to stick with Navy, but there’s not a whole lot of luster on this matchup with the teams being a combined 4-11. The Midshipmen have managed some nice points totals this season, with 21 or more in five of their seven games. Navy does give up a ton of points on the other side, but so does USF. This should be a pretty high-scoring game and a fun one to watch, but I think Navy sticks it out on a cover.