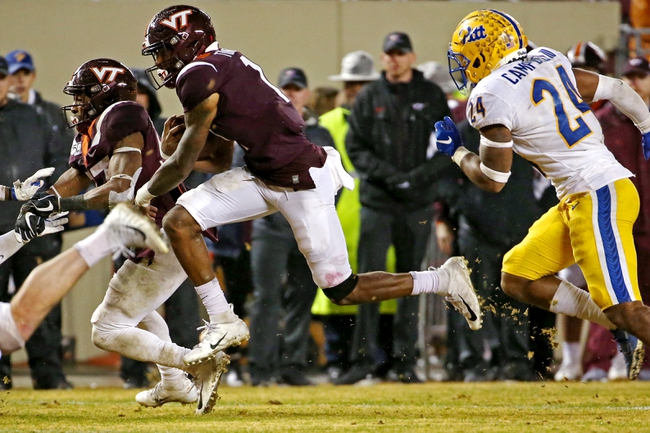 This is a bit of a weird spot for the Virginia Tech Hokies, as they have to be disappointed with their performance at home against Miami, but they have Clemson on deck for their next contest. You could easily see a flat Virginia Tech team on the road, and even then, these aren't the same tough defensive Hokies we're used to seeing. The Pittsburgh Panthers have had an extra week to prepare for this game, and they've been competitive in pretty much every game they've played, a real grind it out, physical team.

I'll take my chances with Pitt and the free field goal.