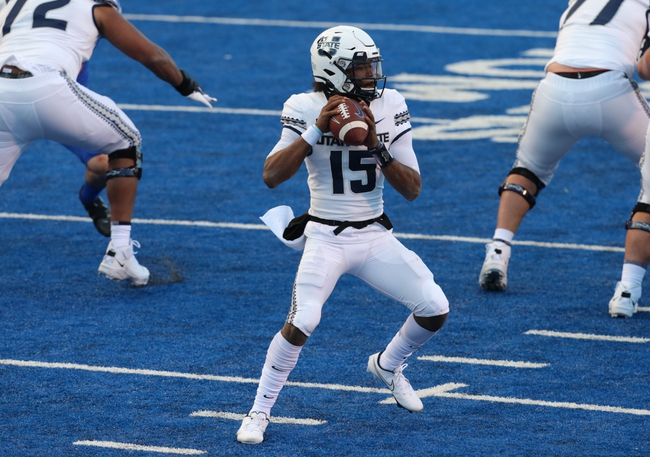 You shouldn't be running to the window to bet either of these teams and New Mexico is probably the better team here when looking at the numbers. The Utah State Aggies haven't done much of anything right on either side of the ball this season and have scored no more than 16 points in four games. However, New Mexico hasn't won a game in over a year and hasn't won on the road in over two years. The Lobos are also way below average defensively and are one of the worst teams in the country against the pass. This is a spot where I just want the points if forced to pick, as I'm not laying chalk with either of these clubs.

You should probably enjoy time with your family instead of getting involved with this one, but give me Utah State if I had to pick.

The pick in this article is the opinion of the writer, not a Sports Chat Place site consensus.
Previous Pick
Canceled: Temple vs Cincinnati College Football Picks, Odds, Predictions 11/28/20
Next Pick
Prediction: Liberty vs Massachusetts College Football 11/27/20 Picks, Odds