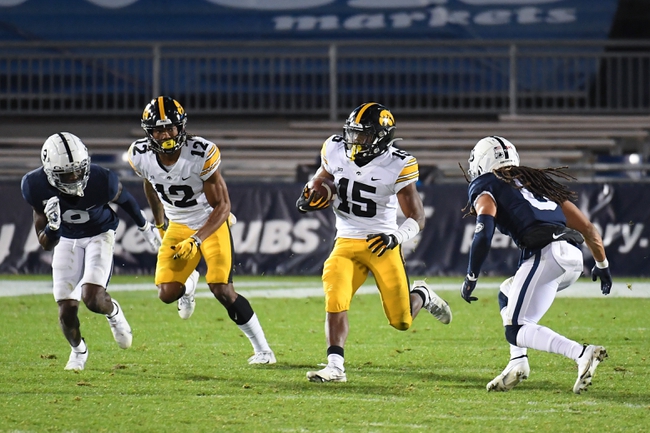 The Iowa Hawkeyes host the Nebraska Cornhuskers when they meet in a Big Ten conference college football matchup from Kinnick Stadium in Iowa on Friday afternoon.

The Nebraska Cornhuskers will look to bounce back from a 1-3 start after a 41-23 loss to Illinois in their last game. Luke McCaffrey has thrown for 434 yards, a touchdown and 5 interceptions on 64.7% passing while also leading Nebraska in rushing with 318 rushing yards and 3 TDs. Adrian Martinez has thrown for 273 yards, a touchdown and a pick on 58.7% passing while also rushing for 195 yards and Wan’Dale Robinson has 120 rushing yards. Robinson also leads the Huskers in receiving with 152 receiving yards and Austin Allen has 141 receiving yards for the Cornhuskers this season. On defense, JoJo Domann leads Nebraska with 31 total tackles including a team-high 17 solo tackles while Will Honas has a team-high 3 sacks and 30 total tackles. Myles Darmer has a pair of interceptions for Nebraska as well this season.

This is a lot of points to give up when you consider that each of the last two meetings between Iowa and Nebraska have been decided by exactly three points and this is as classic a rivalry as any. However, Iowa’s also won the last five meetings with Nebraska and I think the Hawkeyes make it six here in convincing fashion. The Cornhuskers have just been bad for much of the season and a win over Penn State doesn’t look like it means a whole lot this season. Iowa on the other hand has figured out their offense and have been rock solid defensively all year long, not giving up more than 21 points in any of their 5 games. I think this one gets ugly quickly and ends as a 17-18 points win for Iowa at least, so I’ll lay the points with Iowa in this spot.