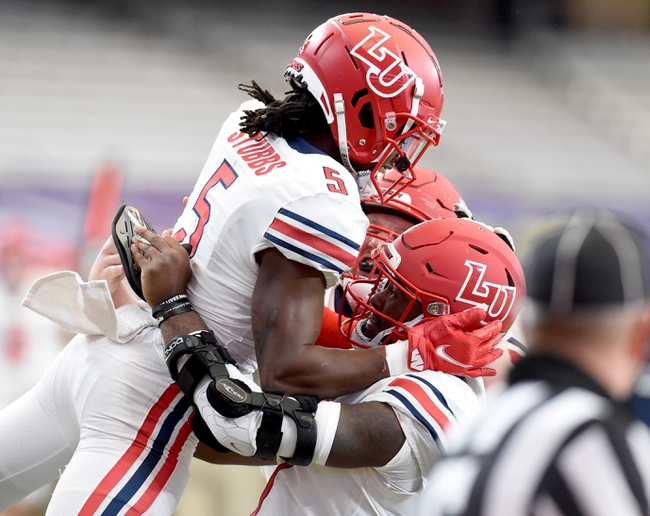 UMass sits at 0-3 on the season so far. The Minutemen have lost to Georgia Southern, Marshall and Florida Atlantic in succession. As for Liberty, they’re 8-1 this season. The Flames rolled through their first eight games, then suffered a tough loss to NC State this past weekend. Check back all season long for free college football picks at Sports Chat Place.

UMass hasn’t been able to find much success at all on the field this season. The Minutemen opened up with a loss to Georgia Southern 41-0, then fell to Marshall 51-10. In last Friday’s matchup against Florida Atlantic, UMass fell again by a score of 24-2.

In the loss to the Owls, UMass quarterback Will Koch posted 67 yards and an interception on 12-of-22 passing, while Ellis Merriweather led the rush on 48 yards from 11 carries. Jermaine Johnson was the top Minutemen receiver with eight catches for 42 yards.

Over on the Liberty side, they came out of the gate with eight straight wins and were looking pretty darn good. The Flames took out Western Kentucky, FIU, North Alabama, LA-Monroe, Syracuse, Southern Miss, Virginia Tech and WCU in that stretch. Last weekend however, Liberty dropped a tough one to NC State 15-14.

In the loss to the Wolfpack, Liberty quarterback Malik Willis posted 172 yards with two touchdowns and three interceptions. Joshua Mack led the rush with 49 yards on 12 carries, and Noah Frith had 73 yards with a touchdown on four catches.

PICK: I’m going to stick with Liberty, even with that gargantuan line. Probably staying away in reality, though. UMass has got to find a way to create more success on the scoreboard, as they’ve posted a total of 12 points through three games. The Minutemen could only notch 147 total yards of offense in the Florida Atlantic game, averaging just 2.7 yards per play. UMass has been getting pummeled in most statistical categories in each game, and I don’t see it getting much better here.