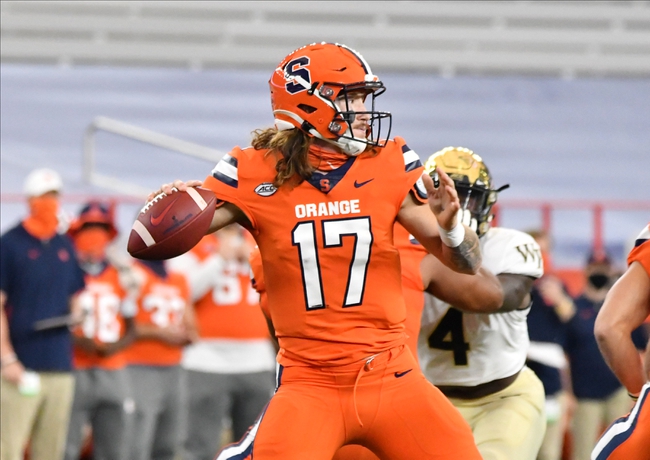 The Syracuse Orange host the NC State Wolfpack when they meet Saturday in week 13 ACC college football action at the Carrier Dome in Syracuse.

The NC State Wolfpack are the clear better team here and have had tons of success, but they're also a team that doesn't do anything particularly well, they just grind games out and four of their six wins have been decided by 11 or less points. The Syracuse Orange are not a good team to put it kindly and were just shutout in their last outing, but they have covered four of their nine games and have hung around against some decent competition. This is also a bit of a letdown spot after NC State beat a ranked Liberty last week. NC State wins ugly and isn't a team I'm laying big chalk with.

Give me the Orange and the points.