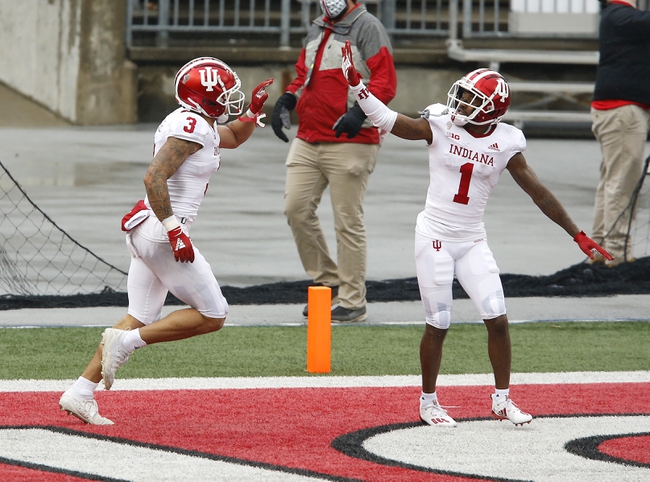 The Indiana Hoosiers host the Maryland Terrapins for their meeting on Saturday in week 13 Big Ten college football action at Memorial Stadium.

The Indiana Hoosiers look to remain unbeaten at home while building on their 4-1 record. The Indiana Hoosiers have won five of their last six home games. Michael Penix Jr. is completing 58.7 percent of his passes for 1,561 yards, 14 touchdowns and four interceptions. Penix has 10 touchdown passes in his last three games. Ty Fryfogle and Whop Philyor have combined for 985 receiving yards and nine touchdowns while Miles Marshall has 15 receptions. The Indiana Hoosiers ground game is averaging 76 yards per contest, and Stevie Scott III leads the way with 325 yards and five touchdowns. Defensively, Indiana is allowing 23.8 points and 378 yards per game. Micah McFadden leads the Indiana Hoosiers with 40 tackles, Jerome Johnson has three sacks and Jamar Johnson has three interceptions.

The Maryland Terrapins haven't played in three weeks, so it's going to be interesting to see what kind of team we get in terms of rust and what not. The Indiana Hoosiers are an impressive team through five games and nearly upset Ohio State last week on the road. Indiana should be favored in this spot, but we have to question if last weeks loss has a bit of a letdown effect for this team after nearly pulling off one of the upsets of the season. And while Maryland has had all this team off to impact a rhythm, the Terps are led by a difference maker in Tagovailoa who has put this team on his back through three games. This feels like n exciting, back and forth Big Ten matchup.