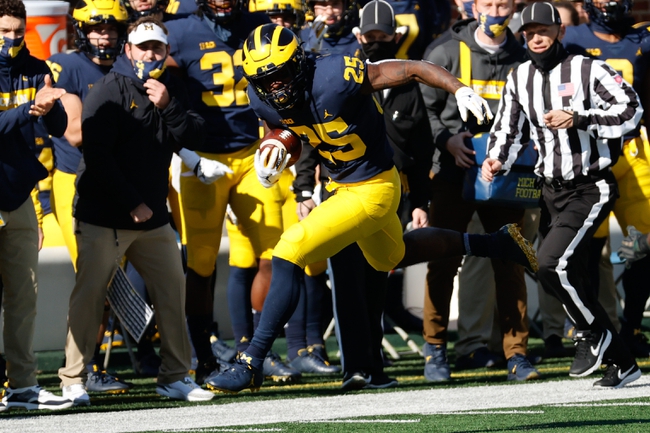 The Penn State Nittany Lions can't get out of their own way, as the offense can't finish drives, they can't run the football and the defense gets put in tough spots time and time again. The Michigan Wolverines haven't played much better, but the offense has been a little more consistent and maybe a three-overtime road win over Rutgers gets them out of the funk. The bottom line here is Penn State is unbackable, especially on the road. I don't want to lay chalk with Michigan as much as the next guy, but the alternative leaves me no choice. Give me the Michigan Wolverines and the reasonable chalk.