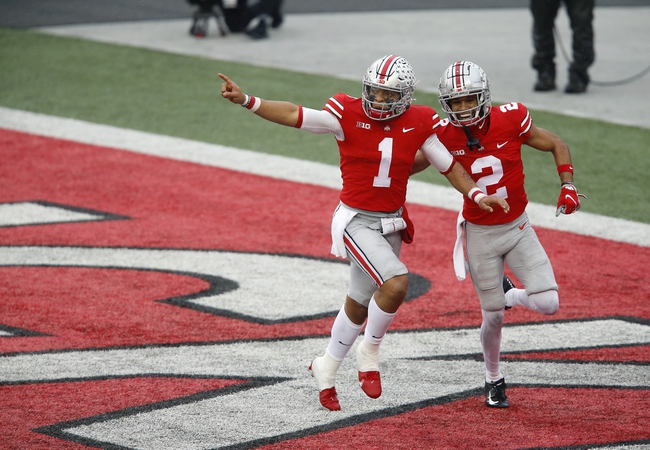 Ohio State rolls into this one at 4-0 so far. The Buckeyes have taken out Nebraska, Penn State, Rutgers and Indiana in succession this season. As for the Illini, they’re 2-3 on the 2020 college football season. Illinois dropped their first three games but have won their last two versus Rutgers and Nebraska. Check back all season long for free college football picks at Sports Chat Place.

Ohio State has been pretty impressive coming out of the gate this season, with only one game decided by less than 13 points. The Buckeyes cruised past Nebraska 52-17 in the opener, then beat Penn State 38-25 and Rutgers 49-27. Ohio State had to hang on versus Indiana but got the win 42-35 in their last game.

Over on the Illinois side, they had a rough opening trio of games. The Illini fell to Wisconsin 45-7, then couldn’t catch Purdue 31-24 before falling to Minnesota big 41-14. The last two outings have been better results for Illinois, with a 23-20 win over Rutgers and a 41-23 victory over Nebraska.

In the win over the Cornhuskers, Illinois quarterback Brandon Peters put up 205 yards with a TD, and Josh Imatorbhebhe posted 71 yards and a TD on four receptions. Mike Epstein (13 carries;113 yards; TD) and Chase Brown (26 carries; 110 yards 2 TD) held down the rush for Illinois in that game.

PICK: I’m going to stick with Ohio State here. The Buckeyes offense hasn’t shown a lot of weaknesses when they’re clicking, and the Buckeyes have put up at least 38 points in every game. Ohio State hasn’t had much difficulty scoring on anyone so far, and that’s bad news for an Illini team that’s given up 31 or more points in three of five games. Illinois may be able to hang around initially in this one, but once Ohio State gets going I don’t think the Illini will be able to keep up.