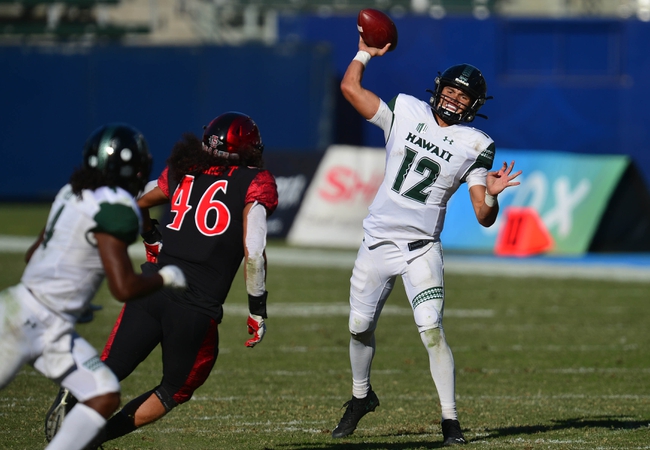 The Nevada Wolf Pack look for another win to start 6-0 for the first time since the 2010 CFB season. The Nevada Wolf Pack have won their last three road games. Carson Strong is completing 70.2 percent of his passes for 1,805 yards, 14 touchdowns and two interceptions. Strong has two or more touchdown passes in six of his last eight games. Romeo Doubs and Cole Turner have combined for 1,157 receiving yards and 12 touchdowns while Justin Lockhart has 26 receptions. The Nevada Wolf Pack ground game is averaging 96.8 yards per contest, and Toa Taua leads the way with 307 yards and two touchdowns. Defensively, Nevada is allowing 20.6 points and 312.8 yards per game. Lawson Hall leads the Nevada Wolf Pack with 33 tackles, Dom Peterson has four sacks and Berdale Robins has one interception.

The Hawai'i Rainbow Warriors have been great at home the last few years and they have an edge in this spot with it being a couple days after Thanksgiving. Nevada could have its focus elsewhere with them being far away from their family during this time of year. With that said, Nevada is the team to beat in the MWC with one of the best passing attacks in college football and an above-average defense. Nevada is also 4-1 ATS this spread this season, so the Wolf Pack are just one of those teams you don't bet against until given a reason.