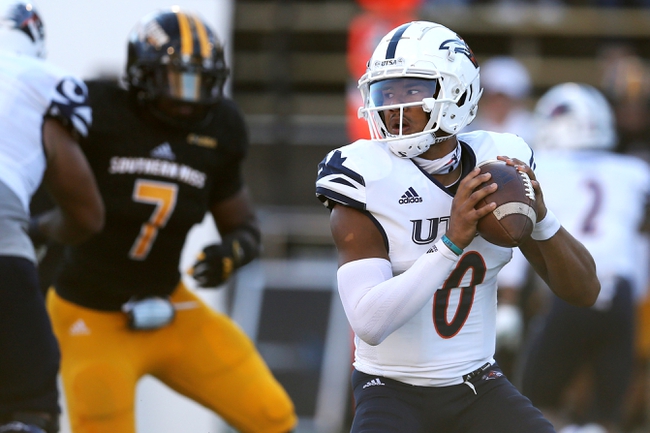 The UTSA Roadrunners take on the North Texas Mean Green when they meet Saturday in week 13 college football action at Alamodome in San Antonio.

The UTSA Roadrunners look to stay hot after winning three of their last four games. The UTSA Roadrunners have won four of their last five home games. Frank Harris is completing 62 percent of his passes for 1,278 yards, eight touchdowns and five interceptions. Harris and Lowell Narcisse have combined for 11 touchdown passes and five interceptions this season. Zakhari Franklin and Joshua Cephus have combined for 1,118 receiving yards and nine touchdowns while Brennon Dingle has 25 receptions. The UTSA Roadrunners ground game is averaging 191.9 yards per contest, and Sincere McCormick leads the way with 1,094 yards and nine touchdowns. Defensively, UTSA is allowing 26 points and 378.8 yards per game. Rashad Wisdom leads the UTSA Roadrunners with 79 tackles, Trumane Bell II has 4.5 sacks and Corey Mayfield Jr. has two interceptions.

The North Texas Mean Green have been on the winning side in their last two tries, but they've played just one game over the last month and they're still one of the worst defensive teams in college football. The UTSA Roadrunners are easily playing their best ball of the season right now and they've done a good job all year of beating up on the teams they're supposed to beat. UTSA hasn't had a bad loss yet this season. The North Texas Mean Green are a hard team to get behind these days given the lack of defense.

I'll lay the reasonable number with UTSA at home.