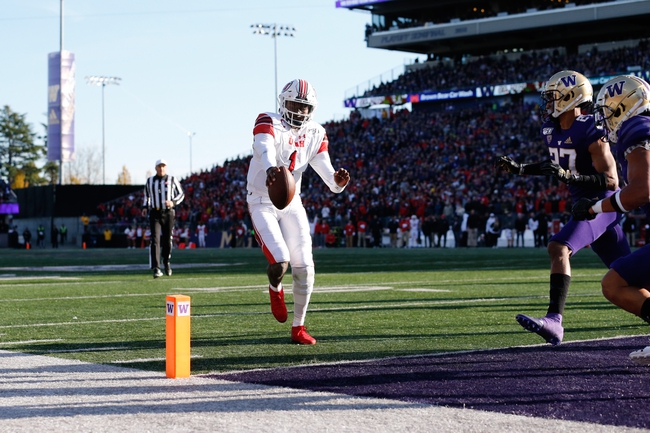 The Washington Huskies host the Utah Utes as they square off in Pac-12 conference college football action from Alaska Airlines Field at Husky Stadium on Saturday night.

The Utah Utes will look to rebound after losing their opener to USC by a final score of 33-17 last time out. Jake Bentley threw for 171 yards, a touchdown and 2 interceptions on 16 of 28 passing while Cameron Rising threw for 45 yards and an INT on 3 of 6 passing. Ty Jordan had a team-high 32 rushing yards while Jordan Wilmore had 30 yards on 10 carries and Devin Brumfield added 28 rushing yards. Bryan Thompson added a team-high 48 receiving yards while Solomon Enis had 42 receiving yards. Samson Nacua had 29 receiving yards and a touchdown while Brant Kuithe had a team-high 4 catches for 23 yards. On defense, Nephi Sewell had a 23 yard fumble recovery for a touchdown while Devin Lloyd had a team-high 11 total tackles including 7 solo tackles while Sewell had 10 total tackles and Clark Phillips III had a team-high 9 solo tackles. Mika Tafua, Hauati Pututau and Maxx Tupai all had sacks as well in the winning effort for the Utes.

Utah is 8-1 ATS in their last 9 games on turf while the under is 6-1 in Washington’s last 7 games overall and 5-1 in their last 6 conference games.

To be honest, I’m not trying to lay near double-digits with a Washington team that I’m still not convinced is out of the woods when it comes to figuring out their starting quarterback scenario long term. The Utes lost a ton of talent from last year’s team but this is still a well coached Utah team under Kyle Whittingham and I think that the Utes give the Huskies a run here. Give me Utah and the points in this one.