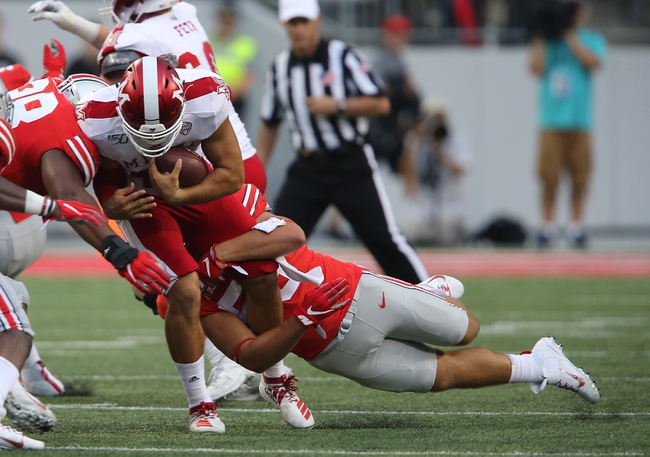 The Akron Zips host the Miami-Ohio RedHawks when they meet in college football Week 13 MAC-tion from InfoCision Stadium on Saturday afternoon.

The Miami-Ohio RedHawks will come into this one rested after being part of the lone MAC game to be cancelled this season after having their matchup with Ohio cancelled, leaving the RedHawks at 1-1 coming into this game. AJ Mayer has thrown for 328 yards, 4 touchdowns and an interception on 46.9% passing while Zach Kahn leads the RedHawks on the ground with 81 rushing yards and a pair of touchdowns this season. Jack Sorenson leads Miami-Ohio’s receiving corps with 10 catches for 177 yards while Jalen Walker and Jack Coldiron each have a pair of touchdown grabs for the RedHawks. On defense, Ryan McWood leads Miami-Ohio with 28 total tackles including a team-high 11 solo tackles along with an interception while Lonnie Phelps and Dominique Robinson each have a pair of sacks this season.

The Akron Zips will look to bounce back and pick up their first win after falling to 0-3 with a 69-35 loss to Kent State last time out. Zach Gibson has thrown for 497 yards, 2 touchdowns and 4 interceptions on 60% passing while Teon Dollard leads the Zips in rushing with 434 rushing yards and 4 touchdowns and Jeremiah Knight has 104 rushing yards for the Zips as well this season. Nate Stewart leads Akron with 156 receiving yards while Tony Grimes Jr. has 117 receiving yards with both Stewart and Grimes Jr. sharing the team lead with 10 receptions on the year. On defense, Bubba Arslanian has a team-high 32 total tackles including 19 solo tackles and a pair of sacks while Julian Richardson has added a pair of sacks as well this year.

Akron actually looked offensively competent against Kent State, but I wonder how much of that was the Golden Flashes taking their foot off of the gas after putting up nine touchdowns and a couple of field goals on the Zips. Miami-Ohio isn’t a prize either, but they did put up 38 against Ball State, a Ball State team that’s miles ahead of where Akron is. For the Zips, when the defense shows up, the offense is nowhere to be found and when the offense comes alive, the defense falls apart. Sometimes neither offense or defense shows up, now that’s a treat. Either way, there’s simply no value for me taking the Zips, even with two touchdowns at home. I’ll lay the points with Miami-Ohio in this one.