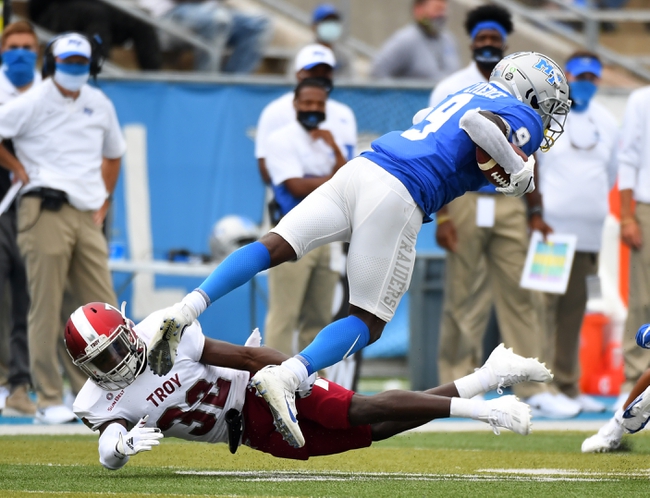 Outside of a loss to Marshall, the Florida Atlantic Owls have been nearly flawless and have one of the best defenses in college football. Right now, FAU is eighth in college football in total yards allowed and second in points scored. The Middle Tennessee Blue Raiders have played some of their best ball over the last three weeks, but they're very handicapped offensively and I don't have a ton of confidence with them against above-average teams. Florida Atlantic should have a field day on the defensive side of the ball here and its far and away the more trustworthy team.