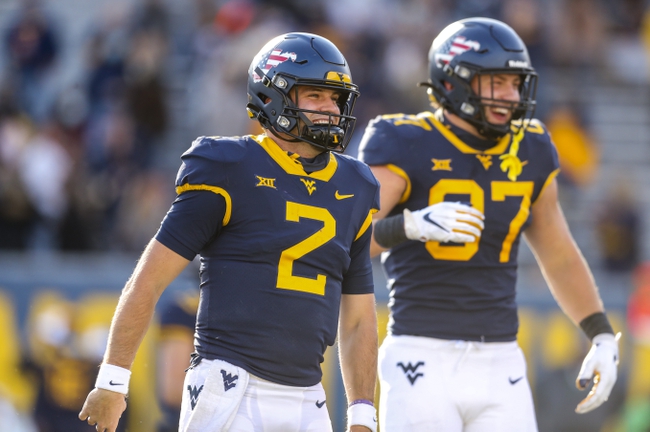 Oklahoma enters this one at 6-2 on the season. The Sooners are on a five-game winning streak right now, taking out Kansas and Oklahoma State in their most recent pair of games. As for West Virginia, they’re 5-3 this season. The Mountaineers are 2-1 in their last three games and coming off a win over TCU. Check back all season long for free college football picks at Sports Chat Place.

In the big win over Oklahoma State, Oklahoma quarterback Spencer Rattler managed 301 yards and four touchdowns on 17-of-24 passing, and Marvin Mims led the receivers on 65 yards from three catches. Rhamondre Stevenson did the heavy lifting in the rush with 141 yards on 26 carries.

Over on the West Virginia side, they’ve done pretty well outside of a few tough losses. The Mountaineers’ three defeats this season were to Oklahoma State 27-13, Texas Tech 34-27 and Texas 17-13. The good news is that West Virginia got back into the win column with a 24-6 win over TCU in their last game.

In the win over the Frogs, West Virginia quarterback Jarret Doege posted 212 yards and two touchdowns, while TJ Simmons led the receivers on 90 yards and two scores from four catches. Leddie Brown added 156 yards on 24 carries to top the WVU rush in that one.

PICK: I’m going with the Sooners here. Oklahoma seems to have a nice rhythm going, and they’re scoring very well this season. The Sooners have posted at least 30 points in every game this year, and have hit 41 or more four times in the last five games (including a pair of 62-point outings). The Mountaineers have some nice scoreboard results themselves this season, but I don’t think they’ve got the ability to keep pace in this one.