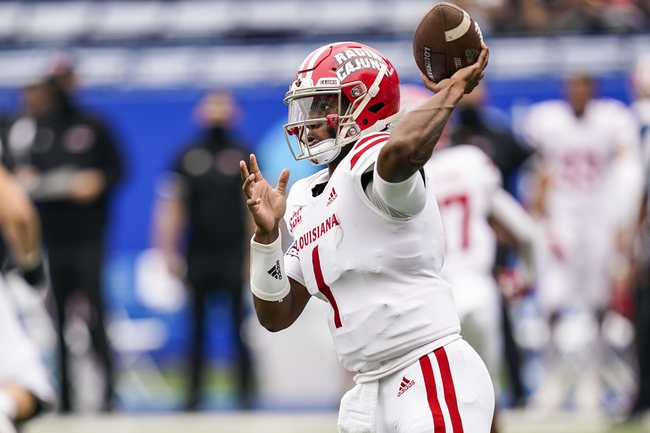 The Louisiana-Monroe Warhawks host the Louisiana Ragin’ Cajuns as they face off on Saturday in week 13 college football action from Malone Stadium.

Louisiana rolls into this one at 7-1 on the season. The Cajuns are on a four-game winning streak right now, taking out UAB, Texas State, Arkansas State and South Alabama in that time. As for the Warhawks, they’re 0-8 this year. UL-Monroe has lost to Liberty, South Alabama, Appalachian State and Georgia State in their last four outings. Check back all season long for free college football picks at Sports Chat Place.

Louisiana has been quite impressive this year, even with a few close escapes on the scoreboard. Four of the Cajuns’ seven wins have been decided by seven points or fewer, and the lone loss (to Coastal Carolina) was close as well at 30-27. In Louisiana’s last game, they took out South Alabama 38-10.

In the win over the Jaguars, Louisiana quarterback Levi Lewis put up 252 yards with three touchdowns and an interception. Chris Smith topped the rush on 99 yards and a TD from seven carries, and Neal Johnson caught three balls for 40 yards total.

Over on the Louisiana-Monroe side, there’s really not much to be optimistic about. The Warhawks have really only had one “close” game this year, a 35-30 defeat at the hands of Georgia Southern. Outside of that it’s been a string of bad beats, the latest coming 52-34 versus Georgia State.

In the loss to the Panthers, UL-Monroe quarterback Jeremy Hunt posted 339 yards with three touchdowns, and Kadyn Roach led the rush with 34 yards and a TD from eight totes. Perry Carter was the lead receiver for ULM in that one with 124 yards and two touchdowns off four catches.

PICK: I’m sticking with Louisiana in this one. Granted, UL-Monroe can score in certain situations—they’ve hit 30 or more twice in the last five games—but they’re hemorrhaging points on a regular basis. ULM has given up at least 31 points in every game so far, and that’s good news for the Cajuns. Louisiana has at least 20 points in every outing of the year, and usually hover around the 30-point mark as an average. This one should be all Cajuns.