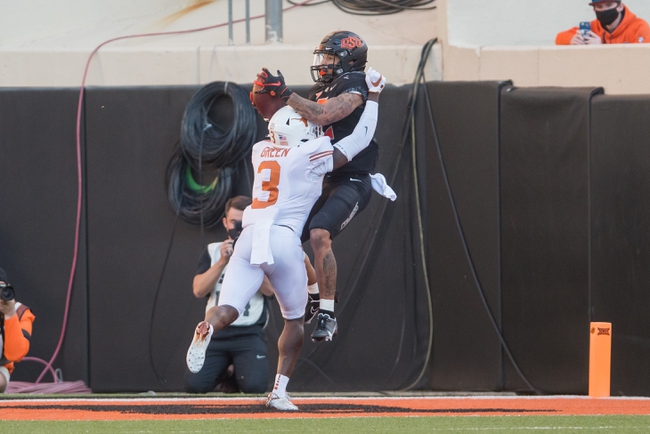 The Texas Tech Red Raiders aren't good defensively and have an offense that has issues finishing drives, but there's no doubt they have the offensive firepower to hang around in this game. The Oklahoma State Cowboys are the better team and have the more effective defense, but they haven't been a team that blows teams out this season. In fact, only two fo the Cowboys five wins this season have been decided by double digits and their last two wins combined have been decided by an average of 2.5 points. Oklahoma State should win this game, but I expect a close, competitive Big 12 showdown. Give me the Texas Tech Red Raiders and the points.