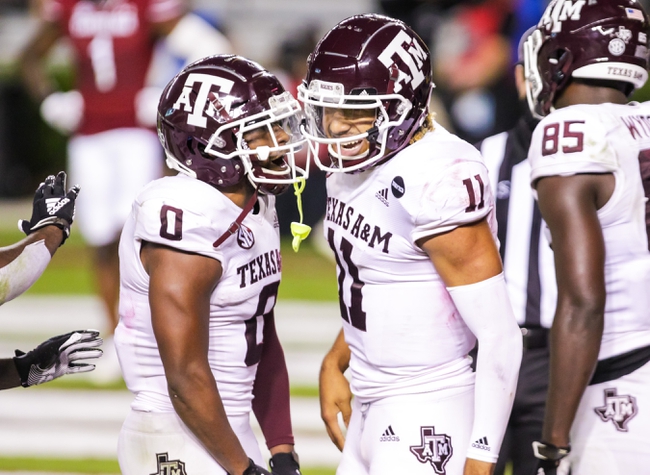 The LSU Tigers look for a big road win to get a game above a .500 record. The LSU Tigers have split their last four road games. Myles Brennan is completing 60.3 percent of his passes for 1,112 yards, 11 touchdowns and three interceptions. Brennan and TJ Finley have combined 15 touchdown passes and six interceptions. Terrace Marshall Jr. and Arik Gilbert have combined for 911 receiving yards and 11 touchdowns while Jaray Jenkins has 16 receptions. The LSU Tigers ground game is averaging 124.3 yards per contest, and Tyrion Davis-Price leads the way with 349 yards and three touchdowns. Defensively, LSU is allowing 32 points and 472.7 yards per game. JaCoby Stevens leads the LSU Tigers with 39 tackles, BJ Ojulari has four sacks and Eli Ricks has three interceptions.

The LSU Tigers still have oodles of talent, but they're nothing like the team they were last season, as they struggle big time on defense and don't have success running the football. The Texas A&M Aggies haven't played in three weeks, so who knows if there's potential rust for this group, but they've been one of the more balanced and successful teams in college football. Texas A&M is a decent defensive team and can produce explosive plays on offense through the air or on the ground. If these teams hold form, this should be a comfortable win for the Aggies.