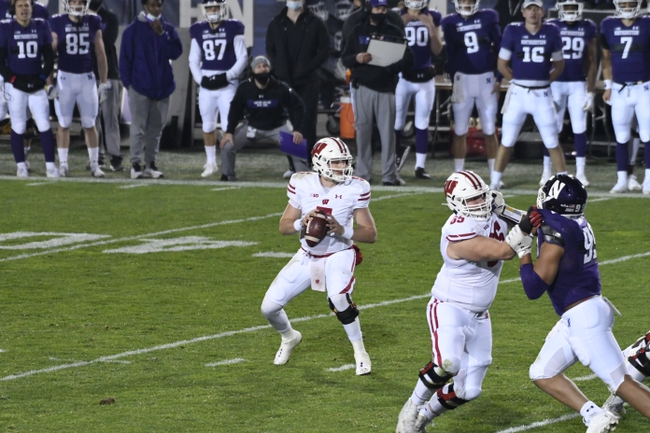 The Minnesota Golden Gophers will look to build off of a 34-31 win over Purdue in their last game to improve to 2-3 on the year. Tanner Morgan has thrown for 1,033 yards, 4 touchdowns and 4 interceptions on 59.4% passing while Mohamed Ibrahim has rushed for 817 yards and a team-high 13 rushing touchdowns this season. Rashod Bateman leads Minnesota’s receiving group with 472 receiving yards coming on 36 catches with a pair of touchdowns and Chris Autman-Bell is 2nd with 14 grabs for 315 yards this year. On defense, Mariano Sori-Marin and Tyler Nubin each have a team-high 29 total tackles, with Nubin posting a team-high 22 solo tackles. Boye Mafe also has a team-high 3.5 sacks and Jordan Howden has 27 total tackles including 17 solo tackles this season.

The Wisconsin Badgers will look to rebound from their first loss of the season coming in the form of a 17-7 loss to Northwestern in their last game. Graham Mertz has thrown for 605 yards, 8 touchdowns and 3 interceptions on 65.5% passing while Jalen Berger leads the Badgers in rushing with 180 rushing yards and Nakia Watson has 153 rushing yards and a team-high 2 touchdowns this season. Jake Ferguson leads Wisconsin’s receiving corps with 18 receptions for 181 yards and 4 touchdowns on the year. Defensively, Jack Sanborn far and away leads Wisconsin’s defense with 20 total tackles including 12 solo tackles and a sack, one of five Wisconsin players with a sack through three games this season.

Minnesota may have some momentum after winning that controversial game against Purdue, but controversy or not, a win is a win and a road win here would be massive to get Minnesota back to .500 and would go a long way on their resume going forward. The problem for me is that Wisconsin came out flat against Northwestern and I don’t think we’ll see that type of performance from the Badgers in back-to-back weeks. The Badgers also need to keep winning to keep pace with Northwestern in the event that the Wildcats slip up. Wisconsin also needs some major help in that department as well as the Wildcats now hold the head-to-head tiebreaker, but one step at a time. I think the Badgers come out and send a message to the rest of the conference at Minnesota’s expense, so I’ll lay the points with Wisconsin at home here.