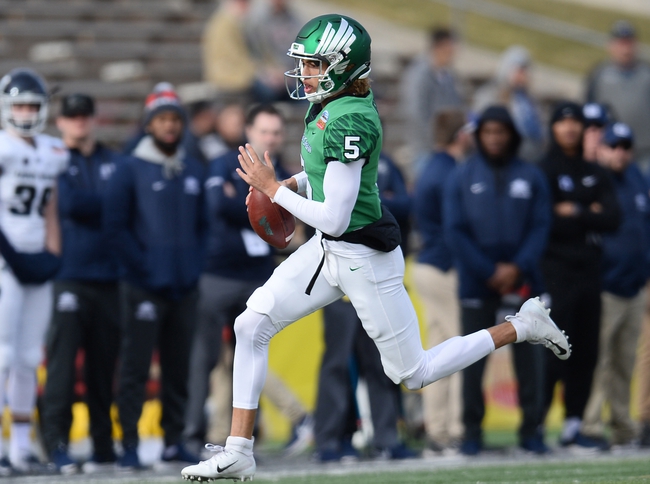 Louisiana Tech enters this one at 4-3 overall. The Bulldogs had lost consecutive games before taking out UAB in overtime during their last game. As for North Texas, they’re 3-4 this season. The Mean Green had consecutive wins going but fell to UTSA this past weekend. Check back all season long for free college football picks at Sports Chat Place.

Louisiana Tech opened up the year pretty well with a 3-1 run, falling to BYU but otherwise taking out Southern Miss, Houston Baptist and UTEP. Losses to Marshall and UTSA (27-26 in that one) followed. LA Tech was able to muscle out a 37-34 win over UAB on Halloween in their last outing, however.

In the win over the Blazers, Louisiana Tech quarterback Aaron Allen put up 191 yards with two touchdowns, and Israel Tucker led the rush with 54 yards on 17 carries. Tops in receiving for the Bulldogs in that one was Adrian Hardy with 101 yards and two scores off seven catches.

Over on the North Texas side, they started things off with a 1-3 record in their first four games, but started to right the ship over the past few weeks. The Mean Green took out Middle Tennessee 52-35 and Rice 27-17, but couldn’t get anything going in a 49-17 blowout loss to UTSA.

In the loss to the Roadrunners, North Texas quarterback Jason Bean posted 102 yards with two touchdowns and two interceptions. Oscar Adaway led the rushing attack on 101 yards from 15 carries, and Jaelon Darden had a great game on eight catches for 143 yards and a score.

PICK: I’m going to stick with North Texas in this one, but it should be a pretty darn good game. The Mean Green have some pretty solid scoring totals to their credit this season, and they can put up serious points given the right situation. Louisiana Tech can produce well also, but they haven’t been able to decisively pull away from any opponent outside of Houston Baptist this year. I like the Green to tough out a cover in a fun game here.