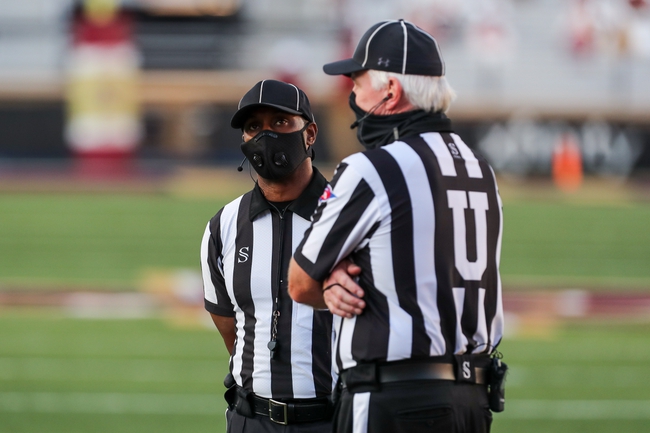 The Georgia Southern Eagles square off with the FAU Owls Saturday in Week 14 college football action from Paulson Stadium.

Florida Atlantic enters this game at 5-1 on the season. The Owls have won four straight games over UTSA, Western Kentucky, FIU and UMass in succession. As for Georgia Southern, they’re 6-4 this year. The Eagles have lost consecutive games to Army and Georgia State. Check back all season long for free college football picks at Sports Chat Place.

Florida Atlantic hasn’t exactly been overwhelming on the scoreboard this season, but they’re getting the job done with some nice defensive efforts. Since their 20-9 loss to Marshall, the Owls have beaten UTSA 24-3, Western Kentucky 10-6, FIU 38-19 and UMass 24-2.

In the win over the Minutemen, Florida Atlantic quarterback Javion Posey posted 203 yards on 13-of-27 passing, and also led the rush with 90 yards and a TD on 19 carries. TJ Chase was the lead receiver for the Owls in that one, notching 79 yards from four catches.

Over on the Georgia Southern side, they started out pretty well on a 6-2 clip this season ,flaling to Coastal Carolina and Louisiana in that frame. Since then it’s been two tough losses for the Eagles, falling to Army 28-27 and Georgia State 30-24.

In the loss to Georgia State, Eagles quarterback Shai Wertz managed 67 yards on 4-of-7 passing, and Khaleb Hood led the receivers with a 44-yard catch. Logan Wright had a great day on the ground however, posting eight carries for 143 yards and two touchdowns.

Meanwhile, the Eagles are 7-0 ATS in the last seven after an ATS loss and 4-1 ATS versus a team with a winning record. The under is 4-0 in Georgia Southern’s last four in December and 6-1 in the last seven home games.

PICK: I’m going to stick with Florida Atlantic here, but this one seems like it might be pretty tight. Georgia Southern has been all over the place on the scoreboard this season, however in all likelihood this will be another lower-scoring game. When the Owls are playing to their potential they dominate time of possession, are great on third/fourth down and don’t commit many penalties. That’s going to limit scoring opportunities for the Eagles. This game should be pretty tight and tense most of the way but I like the Owls to eke out a cover.