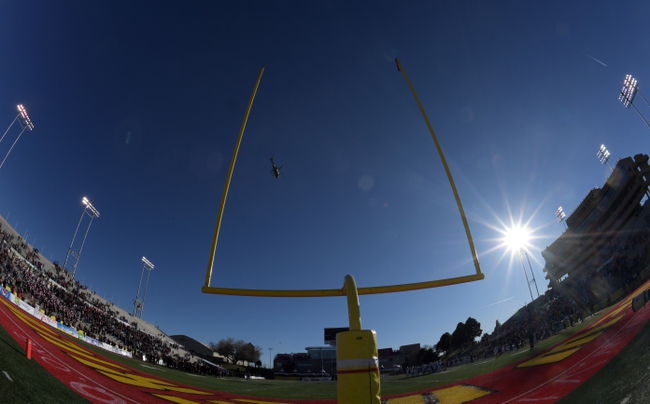 The Ball State Cardinals will look to build on their current three-game winning streak after a 27-24 triumph over Toledo last time out to improve to 3-1 on the year. Drew Plitt has thrown for 1,059 yards, 6 touchdowns and 4 interceptions on 68.3% passing while Caleb Huntley has rushed for 437 yards and 6 touchdowns to lead the Cardinals’ ground attack. Tye Evans and Justin Hall each have 100+ rushing yards as well while Hall leads Ball State in receiving with 27 grabs for 379 yards. Yo’Heinz Tyler has a team-high 4 receiving touchdowns along with 25 receptions for 317 yards and Antwan Davis has 20 catches for 238 yards. On defense, Brandon Martin leads Ball State with 49 total tackles including 26 solo tackles while Anthony Ekpe has a team-high 4 sacks.

The Central Michigan Chippewas will look to keep forging ahead after improving to 3-1 with a 31-23 win over Eastern Michigan last time out. Daniel Richardson has thrown for 769 yards, 4 touchdowns and 2 interceptions on 64% passing while Kobe Lewis leads the Chippewas in rushing with 391 rushing yards and 6 touchdowns. Lew Nichols III has 337 rushing yards with 3 TDs and Kalil Pimpleton has 138 rushing yards with 3 rushing TDs as well as 16 catches for 175 yards. Dallas Dixon leads CMU in receiving with 263 receiving yards while JaCorey Sullivan and Nichols III each have 100+ receiving yards this season. On defense, George Douglas leads the Chippewas with 32 total tackles including a team-high 22 solo tackles while Mohamed Diallo has 2.5 sacks and Troy Hairston II has a team-high 3 sacks.

It’s so hard trying to figure these two teams out as Ball State’s rolling and Central Michigan is playing well also and are at home. With that said, the head-to-head trends all point to Ball State, and in a coin flip, that’s probably the edge that gives us the lean but it’s probably a game that I’d just watch rather than bet but if forced to pick? Give me Ball State and the points.