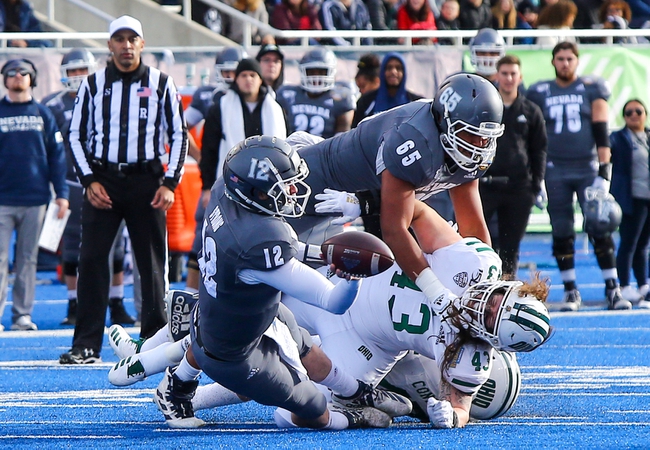 The Nevada Wolf Pack look to avoid back-to-back loses while building on their 5-1 record. The Nevada Wolf Pack have won five of their last six home games. Carson Strong is completing 71.3 percent of his passes for 1,973 yards, 16 touchdowns and two interceptions. Strong has two or more touchdown passes in seven of his last nine games. Romeo Doubs and Cole Turner have combined for 1,215 receiving yards and 13 touchdowns while Justin Lockhart has 26 receptions. The Nevada Wolf Pack ground game is averaging 115.3 yards per contest, and Toa Taua leads the way with 438 yards and three touchdowns. Defensively, Nevada is allowing 21.2 points and 321.5 yards per game. Lawson Hall leads the Nevada Wolf Pack with 43 tackles, Dom Peterson has 4.5 sacks and Berdale Robins has one interception.

The Fresno State Bulldogs had serious potential when we last saw them, as the offense topped 30 points in three straight games and the defense was respectable, but we haven't seen them play in three weeks and it's going to be interesting to see if they can regain form after such a long layoff. The Nevada Wolf Pack lost their trip to Hawaii, but they haven't lost at home this season and they have a top-25 defense that's given up 21 or less points in four of their last five games. Because of the long layoff for Fresno State and with Nevada returning home, I'll lay the touchdown with the Wolf Pack.