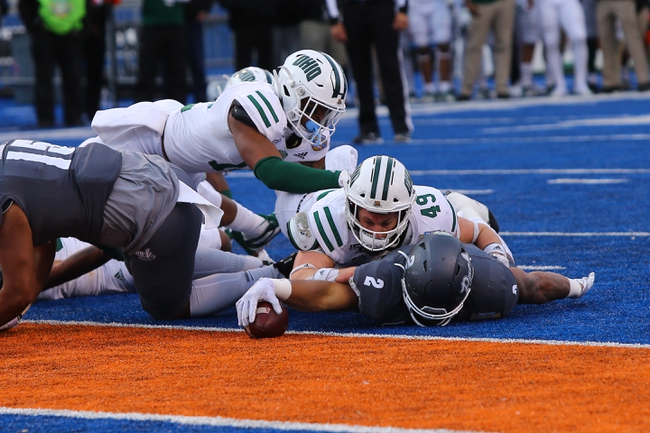 The Buffalo Bulls look for another win to improve to 5-0 on the season. The Buffalo Bulls have won four of their last five road games. Kyle Vantrease is completing 59.7 percent of his passes for 750 yards, five touchdowns and one interception. Vantrease has one or less touchdown passes in eight of his last nine games. Antonio Nunn and Trevor Wilson have combined for 473 receiving yards and three touchdowns while Zac Lefebvre has six receptions. The Buffalo Bulls ground game is averaging 324.5 yards per contest, and Jaret Patterson leads the way with 920 yards and 16 touchdowns. Defensively, Buffalo is allowing 24.5 points and 408 yards per game. James Patterson leads the Buffalo Bulls with 37 tackles, Malcolm Koonce has four sacks and Marcus Fuqua has one interception.

The Ohio Bobcats look for a third straight win to improve to 3-1 on the season. The Ohio Bobcats have split their last eight home games. Kurtis Rourke is completing 68.2 percent of his passes for 386 yards, three touchdowns and zero interceptions. Rourke enters this game with 44 career pass attempts. Isiah Cox and Shane Hooks have combined for 262 receiving yards and two touchdowns while Ryan Luehrman has seven receptions. The Ohio Bobcats ground game is averaging 216.6 yards per contest, and De'Montre Tuggle leads the way with 403 yards and six touchdowns. Defensively, Ohio is allowing 16.7 points and 389 yards per game. Jamison Collier leads the Ohio Bobcats with 19 tackles, Keye Thompson has one sack and Jett Elad has two interceptions.

The Buffalo Bulls continue to flex their muscle as one of the best offensive teams in college football, and they've covered three of their four games as well. The Ohio Bobcats have won back to back games and have a top-25 rushing attack, but they're just 1-2 ATS on the season and their defense can leave a lot on the table, especially in the ground game. The Buffalo Bulls have been far and away the more consistent team this season, and they're more trustworthy based on what they've done in past years as well. I'll eat the chalk with the road team.