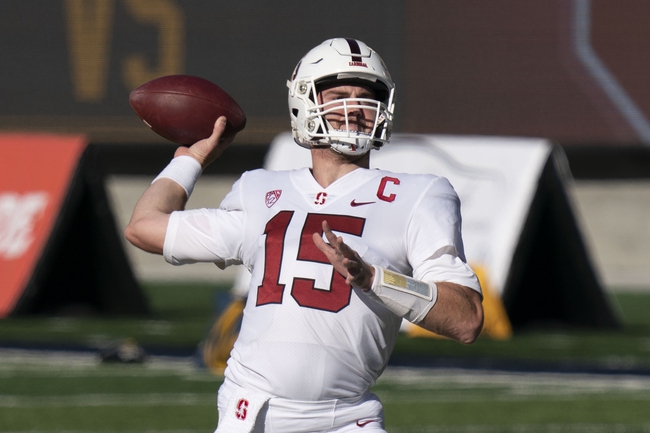 The Stanford Cardinal will look to build on their first win of the season after a 24-23 win over Cal got the Cardinal to 1-2 on the year. Davis Mills has thrown for 532 yards and 2 touchdowns on 62.5% passing while Austin Jones has rushed for 194 yards and 5 touchdowns and Nathaniel Peat has 138 rushing yards as well this season. Michael Wilson leads the Cardinal receiving group with 17 grabs for 218 yards while Simi Fehoko has 183 receiving yards and Connor Wedington has 148 receiving yards as well this season. On defense, Curtis Robinson leads the Cardinal with 22 total tackles including a team-high 15 solo tackles and Thomas Schaffer also has 3 sacks to lead Stanford in that department. Malik Antoine and Levani Damuni each have an interception for Stanford’s defense as well this season.

The Washington Huskies will look to build on their 3-0 mark this year after picking up a 24-21 win over Utah last time out. Dylan Morris has thrown for 643 yards, 4 touchdowns and 3 interceptions on 59.8% passing while Sean McGraw leads the Huskies with 162 rushing yards and 2 touchdowns. Kamari Pleasant has 138 rushing yards and a team-high 3 rushing scores and Richard Newton has 122 rushing yards with a pair of touchdowns. Cade Otton leads the Husky receiving group with 16 grabs for 212 yards and 3 TDs while Puka Nacua and Terrell Bynum each have 100+ receiving yards as well this year. On defense, Edefuan Ulofosho has a team-high 18 solo tackles and 29 total tackles while Zion Tupuola-Fetui has a team-high 7 sacks this season.

I wish I could give Stanford a reasonable chance here, but the fact is that you’ve burned a hole in your pocket backing Stanford against the spread dating back to last year, especially on the road and the Cardinal are coming off of a game where they won but couldn’t cover as 1.5/2 point favorites. Washington wasn’t a team I liked coming into the year, but the Huskies proved me wrong and are playing like one of the best teams in the Pac-12 right now. I just don’t see an angle to where Stanford keeps this one within reason, so I’ll lay the points with Washington as I see the Huskies winning this by at least two scores.