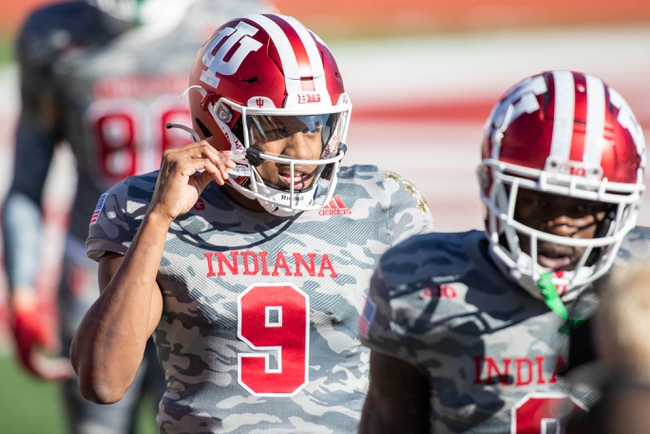 Indiana enters this one at 5-1 this year. The Hoosiers fell to Ohio State in a tough one a couple weeks back, but got a win in their last outing over Maryland. As for Wisconsin, they’re sitting at 2-1 this year. The Badgers opened with wins over Illinois and Michigan, but fell in their last game to Northwestern. Check back all season long for free college football picks at Sports Chat Place.

Indiana has looked pretty solid on the field this year, though there have been some close results and one tough loss mixed in there. The Hoosiers opened up at 4-0, then lost to Ohio State 42-35 on November 21. Indiana bounced back last weekend with a 27-11 victory over Maryland, however.

In the win over the Terrapins, Indiana quarterback Michael Penix managed 84 yards on 6-of-19 passing, and Tim Baldwin led the rush with 16 carries for 106 yards. Stevie Scott did most of the scoring though, notching 24 carries for 80 yards and three touchdowns.

Over on the Wisconsin side, everything looked pretty good over the first two games. The Badgers opened up with a dominant 45-7 win over Illinois, then destroyed Michigan 49-11 in their second outing. The Badgers looked flat against Northwestern back on November 21 however, scoring once in the first quarter and never returning to the end zone in a 17-7 defeat.

In the loss to Northwestern, Wisconsin quarterback Graham Mertz posted 230 yards with one touchdown and three interceptions on 23-of-41 passing. Jalen Berger led the rush with 93 yards on 15 carries, and Jake Ferguson posted 58 yards on seven grabs to led the receivers.

PICK: I’m going to go with Indiana here, and this matchup should be one of the more entertaining games on the weekend slate. The Hoosiers have been a strong team all year, and hung around with a great Ohio State team quite well on the scoreboard thanks to a good second half. If the Hoosiers can pester Wisconsin on defense, minimize penalties and take advantage in the passing game like Northwestern did, I think Indiana will be in good shape to take a cover in this one. Should be a pretty great game.