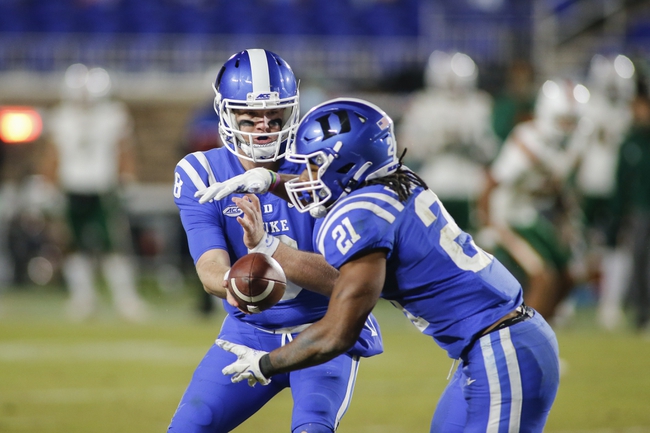 Duke skids into this one at 2-8 overall. The Blue Devils have lost their last three straight games, falling to North Carolina, Georgia Tech and Miami in that stretch. As for Florida State, they’re 2-6 this season. The Seminoles have three straight losses as well, dropping to Louisville, Pittsburgh and NC State. Check back all season long for free college football picks at Sports Chat Place.

Duke has had some tough matchups this season, and the games against the better schools have gone predictably. The Blue Devils are coughing up a lot of points to good offenses and not getting close on the scoreboard lately. During this losing streak, Duke has fallen to North Carolina 56-24, Georgia Tech 56-33 and Miami 48-0.

In the loss to Miami last weekend, Duke quarterback Chase Brice went 20-of-25 for 94 yards, and Mataeo Durant posted 48 yards on 10 carries. Jake Bobo was the top Blue Devils receiver in that one, with five catches for 36 yards.

Over on the Florida State side, they’ve had similar issues with defense over their own three-game losing streak. Since shocking North Carolina 31-28 on October 17, the Seminoles have sputtered with losses 48-16 to Louisville, 41-17 to Pittsburgh and 38-22 to NC State in a string of bad outings.

In the loss to NC State, Florida State quarterback Chubba Purdy posted 181 yards with two touchdowns, and Jashaun Corbin rushed 14 times for 77 yards and a TD. Ontaria Wilson had a nice game receiving, leading the team on 117 yards and a score from seven grabs.

PICK: I’m going to go with Florida State here, but there’s not a lot to like about this matchup. Duke got annihilated by a great Miami team in their last outing, giving up 524 total yards and 24 first downs while losing four fumbles and tossing an interception. Granted, the Seminoles aren’t going to come close to that sort of output on either side of the ball, but Florida State does have plenty of playmakers on the roster. This is probably going to be an ugly game, but I like the Seminoles to eke out a messy cover.