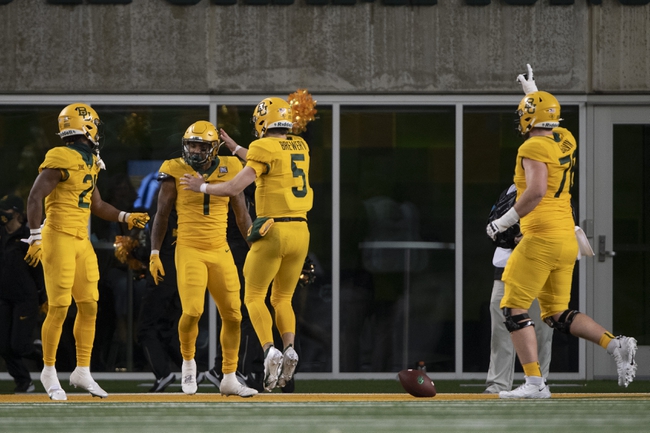 The Baylor Bears square off with the Oklahoma State Cowboys Saturday in week 15 Big 12 college football action at McLane Stadium in Waco.

The Baylor Bears need a feel good win here after losing six of their last seven games. The Baylor Bears have won eight of their last 10 home games. Charlie Brewer is completing 62.7 percent of his passes for 1,890 yards, 14 touchdowns and eight interceptions. Brewer has three touchdown passes in his last three games. R.J. Sneed and Trestan Ebner have combined for 769 receiving yards and six touchdowns while Gavin Holmes has 30 receptions. The Baylor Bears ground game is averaging 92.8 yards per contest, and Craig Williams leads the way with 197 yards and two touchdowns. Defensively, Baylor is allowing 27.6 points and 355.4 yards per game. Terrel Bernard leads the Baylor Bears with 55 tackles, William Bradley-King has 3.5 sacks and JT Woods has three interceptions.

The Oklahoma State Cowboys have been the better team this season, but they've also been inconsistent and have lost four of their last seven road games dating back to last year. The Baylor Bears cant finish games, but all six of their losses have been decided by 13 or less points and the defense continues to allow them to hang around. OK State should be favored and Baylor will probably fall apart in the final 15 minutes like always, but this feels like a back and forth Big 12 battle that will be tight throughout.

I want Baylor with the points in my pocket.