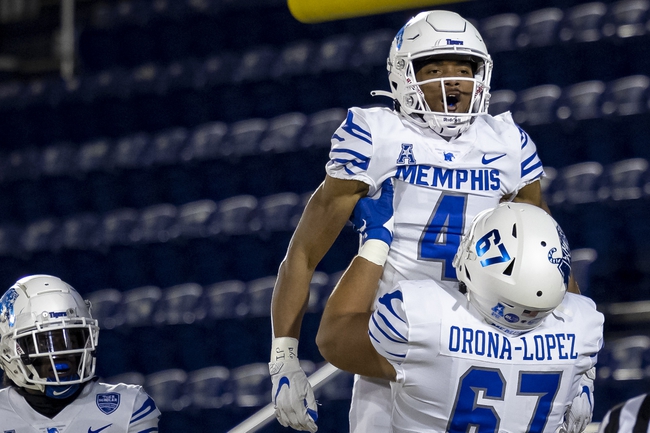 The Memphis Tigers face off with the Houston Cougars Saturday in week 15 AAC college football action at Liberty Bowl Memorial Stadium in Memphis.

The Memphis Tigers look for another win after winning five of their last seven games. The Memphis Tigers haven’t lost a home game since October of 2018. Brady White is completing 59.8 percent of his passes for 2,850 yards, 26 touchdowns and eight interceptions. White has two or more touchdown passes in seven of his last 10 games. Calvin Austin III and Tahj Washington have combined for 1,543 receiving yards and 14 touchdowns while Sean Dykes has 43 receptions. The Memphis Tigers ground game is averaging 149.7 yards per contest, and Rodrigues Clark leads the way with 500 yards and two touchdowns. Defensively, Memphis is allowing 30 points and 453.1 yards per game. Quindell Johnson leads the Memphis Tigers with 66 tackles, Morris Joseph has six sacks and Rodney Owens has three interceptions.

The Houston Cougars haven't played in a month and they lost to all the decent teams on their schedule this season with a defense that has a hard time getting off the field. The Memphis Tigers are coming off a bad road loss to Tulane, but they're still one of the more explosive offensive teams in the country and haven't lost at home in over two years. This line reminds me of the Memphis - UCF game, and I had similar thoughts and said take the points in a game the Tigers could win outright. This line doesn't make much sense.