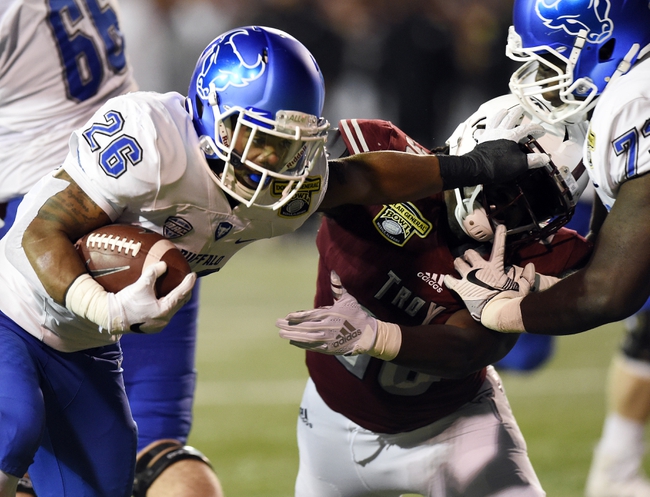 The Akron Zips look for back-to-back wins to end the season with a 2-4 record. The Akron Zips haven’t won a road game since October of 2018. Zach Gibson is completing 58.8 percent of his passes for 725 yards, four touchdowns and five interceptions. Gibson has two touchdown passes in his last three games. Nate Stewart and George Qualls Jr. have combined for 338 receiving yards and two touchdowns while Tony Grimes Jr. has 11 receptions. The Akron Zips ground game is averaging 151.4 yards per contest, and Teon Dollard leads the way with 641 yards and six touchdowns. Defensively, Akron is allowing 38.4 points and 450.4 yards per game. Bubba Arslanian leads the Akron Zips with 61 tackles, Julian Richardson has three sacks and A.J. Watts has one interception.

The Buffalo Bulls look for another victory to end the season with a perfect 5-0 record. The Buffalo Bulls have won five straight home games. Kyle Vantrease is completing 59.7 percent of his passes for 750 yards, five touchdowns and one interception. Vantrease has one or less touchdown passes in eight of his last nine games. Antonio Nunn and Trevor Wilson have combined for 473 receiving yards and three touchdowns while Zac Lefebvre has six receptions. The Buffalo Bulls ground game is averaging 324.5 yards per contest, and Jaret Patterson leads the way with 920 yards and 16 touchdowns. Defensively, Buffalo is allowing 24.5 points and 408 yards per game. James Patterson leads the Buffalo Bulls with 37 tackles, Malcolm Koonce has four sacks and Marcus Fuqua has one interception.

The Akron Zips have been awful for much of the season, especially with an offense that has scored 13 or less points in three of their five games. However, Akron is coming off a comfortable win over Bowling Green, possibly the spark this team needed. The Buffalo Bulls have had an extra week to prepare for this game, and they've beaten the hell out of teams this year, winning no less than 19 points in every contest. It's understandable why Buffalo is such a big favorite here, but this is a ton of points to lay in a MAC game where majority of them are crazy as all hell. Akron also showed signs of life its last time out.

I'll take a shot with the points, but there's better options out there on a loaded CFB Saturday.