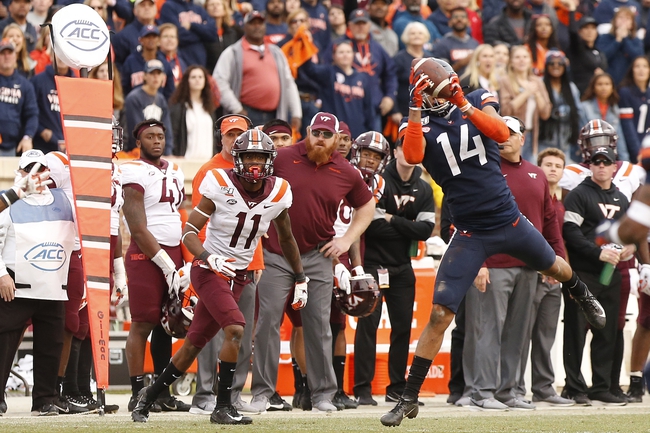 The Virginia Cavaliers have won four straight with an offense that can move the ball on the ground and through the air, and they're averaging 43.25 points during this stretch. The Virginia Tech Hokies have lost four straight, and they have one of the worst defenses in college football, which includes being ranked 102nd against the pass and 109th in total yards allowed. I get being the home team in a rivalry is huge and Virginia Tech is more trustworthy off its reputation, but we're getting free points with the better team that's playing head and shoulders the better football.

Not sure how you turn down the Virginia Cavaliers here.