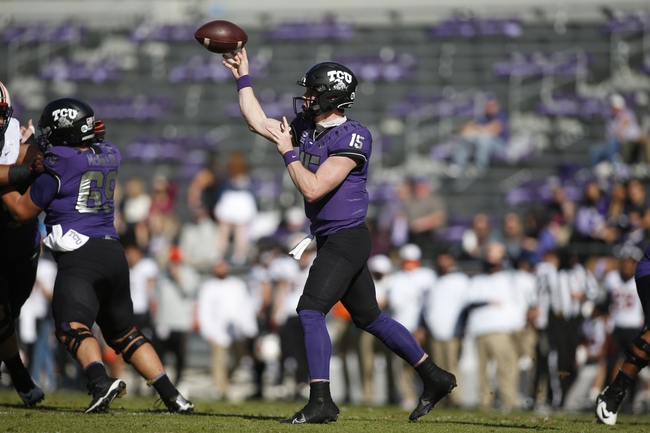 The Louisiana Tech Bulldogs will look to build on their 5-3 record after a 42-31 win over North Texas last time out. Luke Anthony has thrown for 1,318 yards, 15 touchdowns and 5 interceptions on 62.8% passing while Aaron Allen has 530 yards, 4 touchdowns and 3 interceptions on 67.4% passing. Israel Tucker has 497 rushing yards to lead LA Tech’s backfield with 4 touchdowns while Justin Henderson has 252 rushing yards. Adrian Hardy leads the Bulldogs in receiving with 440 receiving yards and 4 touchdowns while Smoke Harris, Griffin Hebert and Cee Jay Powell all have 200+ receiving yards and the Bulldogs have another three receivers with 100+ receiving yards this season. On defense, Tyler Grubbs leads the Bulldogs with 75 total tackles while Trey Baldwin has a team-high 38 solo tackles. Bee Jay Williamson has a team-high 3 interceptions while Milton Williams has 4.5 sacks.

I get that TCU has had more consistent game action in recent weeks, but TCU also is prime for a letdown after such a big win over Oklahoma State and this was just too many points to be giving up to Louisiana Tech as it were. The Bulldogs are a pretty good C-USA team despite a lack of game action and I think they’re more than capable of keeping this one within the number so I’ll take my chances with Louisiana Tech and the points in this one.