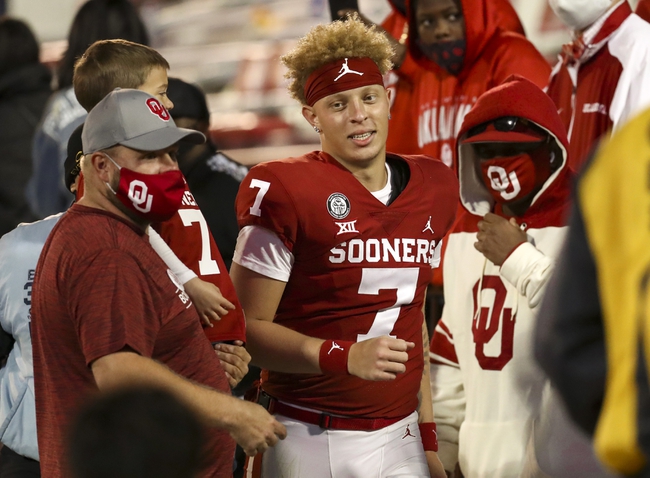 Oklahoma enters this one at 7-2 so far. The Sooners are on a six-game winning streak right now, fresh off a 13-point win over Baylor. As for West Virginia, they’re 5-4 this season. The Mountaineers are 1-2 in their last three and fell big to Iowa State this past weekend. Check back all season long for free college football picks at Sports Chat Place.

In the win last weekend versus the Bears, Oklahoma quarterback Spencer Rattler posted 193 yards, two touchdowns and one interception. Rhamondre Stevenson was the lead rusher in that one with 50 yards and a score on 15 carries, and Theo Wease notched five receptions for 66 yards and a touchdown.

In the blowout loss to the Cyclones, West Virginia quarterback Jarret Doege threw for 209 yards on 21-of-41 passing. Leddie Brown led an anemic rush with 14 carries for 48 yards, and Sean Ryan added 79 yards on five receptions.

PICK: I’m going to stick with Oklahoma here. The Mountaineers have managed a few pretty good offensive outings this season, but they’ve generally come against bad teams. West Virginia managed just six points versus Iowa State and 13 versus Texas. Considering the Sooners have given up just 36 combined points over their last three games, this one stacks up pretty heavily in Oklahoma’s favor. The line is going to be huge everywhere, though.