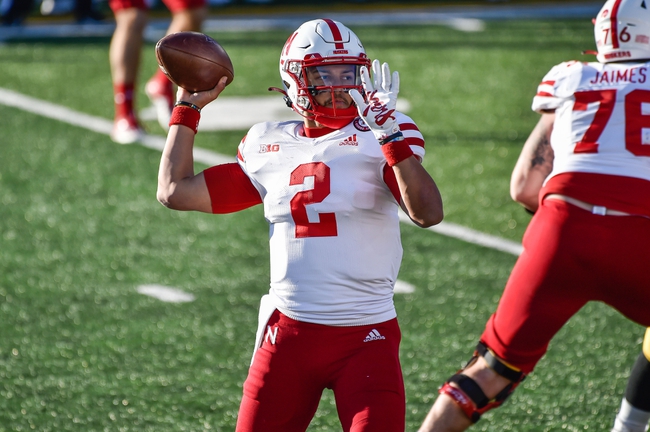 The Rutgers Scarlet Knights face off with the Nebraska Cornhuskers Friday in Big Ten college football action from SHI Stadium in Piscataway.

Nebraska is sitting at 2-5 on the season so far. The Cornhuskers are 1-3 in their last four, beating Purdue while falling to Illinois, Iowa and Minnesota. As for Rutgers, they’re 3-5 this year. The Knights are 2-1 in their last three, falling to Penn State while otherwise beating Purdue and Maryland. Check back all season long for free college football picks at Sports Chat Place.

Nebraska has a couple of solid wins and a few close games, but otherwise it’s been a lost season. The Cornhuskers opened with losses to Ohio State and Northwestern, then beat Penn State before falling to Illinois and Iowa. A 37-27 win over Purdue followed, but Nebraska fell in their latest outing last weekend to Minnesota 24-17.

In the loss to the Gophers, Nebraska quarterback Adrian Martinez managed 111 yards with one touchdown on 16-of-27 passing. Adrian Martinez led the rush with 96 yards and a score on 15 carries, and Wan’Dale Robinson had six catches for 41 yards.

Over on the Rutgers side, it’s been an uneven season as well. The Knights opened with a win over Michigan State, but then came a four-game skid to Indiana, Ohio State, Illinois and Michigan (OT). Rutgers is 2-1 since then however, losing to Penn State 23-7 while beating Purdue 37-30 and Maryland 27-24.

In the overtime win versus Maryland, Rutgers quarterback Artur Sitkowski posted a 12-of-19 line for 90 yards and a TD, while Isaih Pacheco caught five balls for 40 yards and a score. Bo Melton notched two huge runs for 62 yards and two scores, and Pacheco added 79 rush yards on 18 carries.

PICK: I like Rutgers a little better here, but I’m probably staying away. This should be a tight matchup. Rutgers hasn’t been flashy on the scoreboard for the most part this season, hitting more than 27 points in just three of eight games. The Knights have played some gritty football over the past few games though, and it’s been enough to eke out a couple of wins. Nebraska has had their moments, but the scoring hasn’t been consistent there either. This should be a competitive game, and I like the Knights to eke out a cover late.