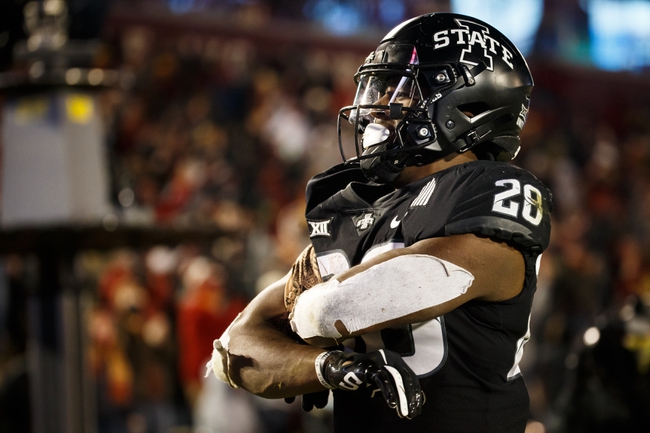 The Iowa State Cyclones battle the Oklahoma Sooners Saturday in the week 16 college football in the Big 12 Championship at AT&T Stadium in Texas.

The Oklahoma Sooners are obviously the more talented team and should be favored, but they've also played just one game over the last several weeks and lost to Iowa State back in early October. The Iowa State Cyclones have had a much more consistent schedule, and they're the more balanced football team here when you consider how they move the football and their defense being in the top-25 in the country. Oklahoma can rely a little too much on the passing game, while Iowa State has more ways to win games. I've been more impressed by Iowa State this season. Give me the free touchdown.