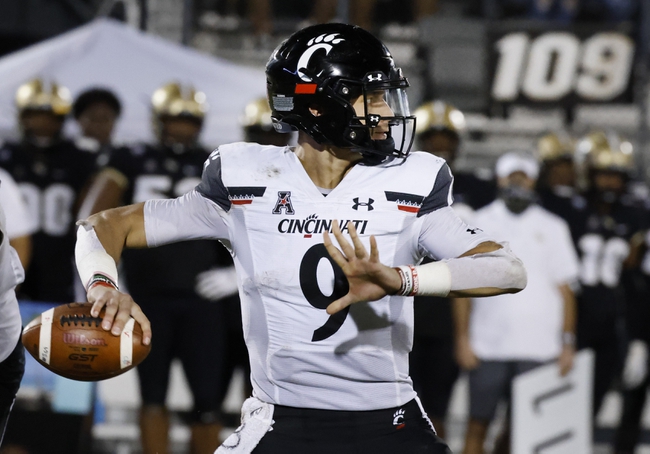 Tulsa enters this game at 6-1 overall. The Hurricane are on a six-game winning streak, and have taken out SMU, Tulane and Navy in their last three outings. As for Cincinnati, they’re 8-0 this year. The Bearcats have beaten Memphis, Houston, East Carolina and UCF in their last four games. Check back all season long for free college football picks at Sports Chat Place.

Over on the Cincinnati side, they’re rolling along undefeated this season, but did have a close scare in their last game. The Bearcats’ wins have come over Austin Peay, Army, South Florida, SMU, Memphis, Houston, East Carolina and UCF The Knights game was tight, though: a 36-33 escape for Cincinnati.

PICK: I’m going to stick with Cincinnati here. This is bound to be a close game, though. Tulsa dominated Navy in total yards (296-153) but had trouble breaking away in their last game, a closer-than-it-looked 19-6 win. The offense never really got in a scoring rhythm, which was pretty uncharacteristic for a team that normally puts up points with ease. As for Cincinnati, they’ve been consistent on the scoreboard for the most part, but the close game against the Knights is cause for concern. Still, I think the Bearcats can get the offense going and manage a cover here. Should be a fun one to watch.