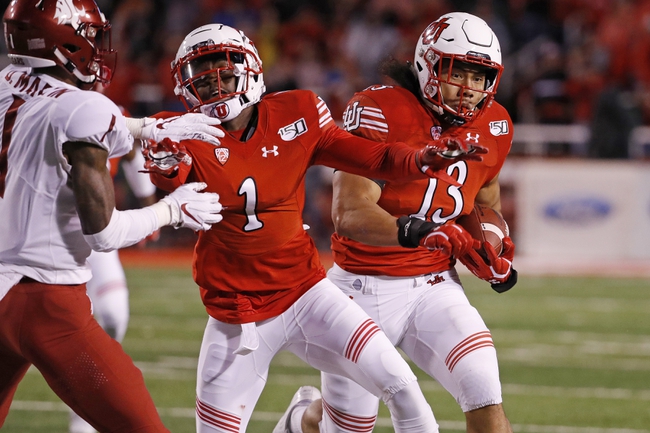 The Utah Utes  battle the Washington State Cougars in a Pac-12 conference college football matchup from Rice-Eccles Stadium in Utah on Saturday afternoon.

The Utah Utes will look to finish the season above .500 after improving to 2-2 with back-to-back wins following a 38-21 win over Colorado last time out. Jake Bentley has thrown for 729 yards, 5 touchdowns and 5 interceptions on 63.6% passing while Ty Jordan leads the Utes in rushing with 443 rushing yards and 3 TDs. Brant Kuithe leads Utah with 175 receiving yards and 19 catches while Bryan Thompson has 155 receiving yards and Britain Covey has 130 receiving yards with a pair of touchdowns. On defense, Devin Lloyd and Nephi Sewell each have a team-high 24 solo tackles while Lloyd leads Utah with 38 total tackles and Sewell has a pair of interceptions. Vonte Davis also has a pair of INTs for the Utes while Mika Tafua and Hauati Pututau each have a pair of sacks for Utah this season.

Yeesh. Talk about two teams that I really don’t want anything to do with even in a makeup game. That may seem weird to say about a Utah team at home that’s won back-to-back games, but there’s something that makes me a bit queasy when Jake Bentley is your starting QB and anyone who watches SEC football probably knows what I’m talking about. Washington State has had their fair share of cancellations, but the Cougars do have a nice up and coming QB in Jayden de Laura and I think that the Cougars step up and keep this one fairly close in their finale. I’ll take Washington State and the points in this one.