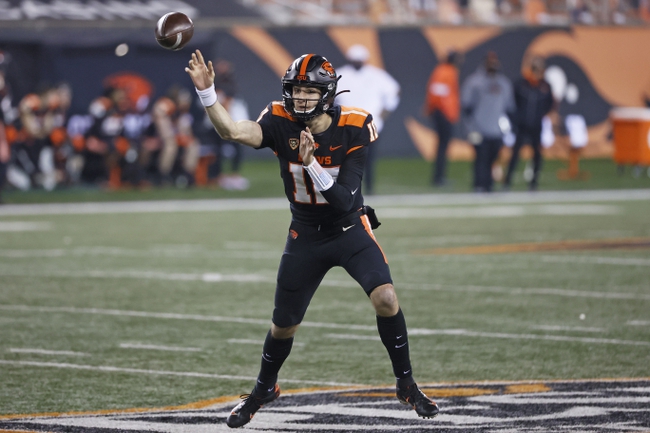 The Arizona State Sun Devils will look to build on their emphatic first win of the season, improving to 1-2 after a 70-7 beatdown of Arizona in their last matchup. Jayden Daniels has thrown for 562 yards, 4 touchdowns and an interception on 59.4% passing while Rachaad White has a team-high 262 rushing yards with 3 touchdowns and DeaMonte Trayanum has 233 rushing yards with 3 scores as well. White is also the Sun Devils’ lone 100+ yard receiver on the year with 123 receiving yards and a touchdown while LV Bunkley-Shelton has a team-high 10 catches. On defense, Evan Field leads ASU with 28 total tackles including 19 solo tackles while Tyler Johnson has a team-high 5 sacks.

The Oregon State Beavers will try to finish the season on a high note after a 27-24 loss to Stanford sent the Beavers to 2-4 on the year. Tristan Gebbia has throw for 824 yards, 3 touchdowns and 3 interceptions on 62% passing while Chance Nolan’s tossed for 423 yards, 4 touchdowns and a pick on 54.4% passing. Jermar Jefferson leads the Beavers in rushing with 755 rushing yards with 7 touchdowns while Trevon Bradford leads Oregon State’s receiving group with 24 catches for 239 yards. Kolby Taylor has 20 catches for 224 yards and the Beavers have another five different receivers with at least 100+ receiving yards this season. On defense, Avery Roberts leads the Beavers with 69 total tackles including a team-high 39 solo tackles while Nahshon Wright and Jayden Grant each have a pair of interceptions and Kitan Oladapo leads the Beavers with a pair of sacks.

I get that the Sun Devils found their offense against Arizona and their losses this year have all been close, but we’re getting a free touchdown here with the more reliable and more proven offense in my opinion. Jermar Jefferson’s a stud in the Oregon State backfield and I liked what I saw from Chance Nolan under center in the last game. I think Arizona State does win this game but it’s a 3-4 point game, not a touchdown. I’ll take Oregon State and the points here.