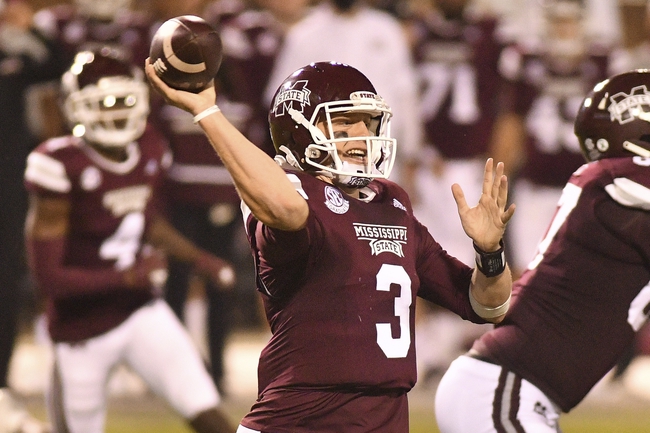 The Mississippi State Bulldogs face off with the Missouri Tigers Saturday in week 16 SEC college football action at Davis Wade Stadium in Starkville.

The Missouri Tigers were on a roll before getting waxed by Georgia last week, and they have an offense that's been rather impressive during their recent winning streak. The Mississippi State Bulldogs put up a lot of yards through the air, but they struggle to finish drives and have scored no more than 24 points in each of their last eight games. Missouri is simply the better team here and should cruise to a victory. I'll lay the small chalk with Missouri on the road.