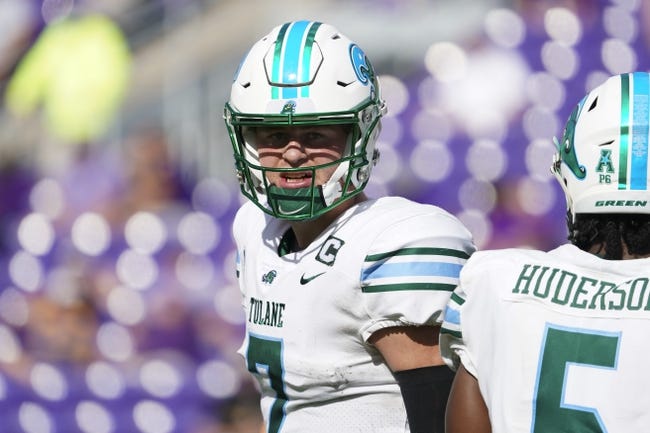 The Nevada Wolf Pack face off with the Tulane Green Wave Tuesday in the Famous Idaho Potato Bowl in college football action from Albertsons Stadium in Boise.

Tulane sits at 6-5 coming into this Famous Idaho Potato Bowl matchup. The Green Wave are 4-1 in their last five games and coming off a 14-point win over Memphis in their last outing. As for Nevada, they’re 6-2 this season. The Wolf Pack are 1-2 over their last three games and fell to San Jose State in their last game. Check back all season long for free college football picks at Sports Chat Place.

Tulane kicked off the year at just 2-4, with losses to Navy, Houston, SMU and UCF in a five-game early-season stretch. The Wave have come out of their shell in the last five games though, with an overtime loss to Tulsa 30-24 as their only blemish. On December 5 in the Green Wave’s last appearance, they took out Memphis 35-21.

In the win over the Tigers, Tulane quarterback Michael Pratt put up 254 yards and two touchdowns on 21-of-33 passing. Pratt also had a pair of rushing touchdowns. Jha’Quan Jackson was the leading receiver there with 57 yards and a score off three catches, and Stephon Huderson led the rush with 67 yards on 10 carries.

Over on the Nevada side, they’ve been a formidable team all season but have a couple of missteps in their last three. After starting out the year at 5-0, the Wolf Pack took a tough 24-21 loss to Hawaii. A 37-26 win over Fresno State followed, then on December 11 in Nevada’s last game they dropped another one 30-20 to San Jose State.

In the loss to the Spartans, Nevada quarterback Carson Strong managed 260 yards with one touchdown on 33-of-48 passing. Toa Taua was the leading rusher on 11 carries for 96 yards, and Romeo Doubs managed 75 yards off nine catches to lead the Wolf Pack receivers.

PICK: I’m going to stick with Tulane. Nevada opened up the year with some solid offensive performances, notching 34 or more in their first three games. Since then the Wolf Pack have scored more than 27 points just once (37 against Fresno State). Alternatively, Tulane has hit 31 points or more in eight of their last nine outings, the outlier being the 30-24 OT loss to Tulsa. I like the Green Wave to stretch their legs on offense here and bang out a cover. Should be a good game.