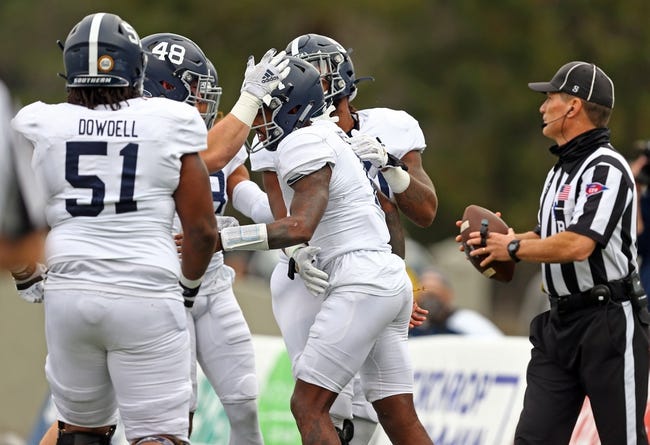 The Georgia Southern Eagles  face off with the Louisiana Tech Bulldogs Wednesday in the New Orleans Bowl in college football action at the Mercedes-Benz Superdome in New Orleans.

The Louisiana Tech Bulldogs have had offensive issues all season long, and they've scored 21 or less points in four of their last seven games. The Georgia Southern Eagles took a good Appalachian State team down to the wire their last time out, and they're one of the best rushing teams in college football. Louisiana Tech is not good defensively and is going to have trouble with the creativity of Georgia Southern and with a dual threat quarterback. I'll lay the reasonable chalk with the Eagles here.