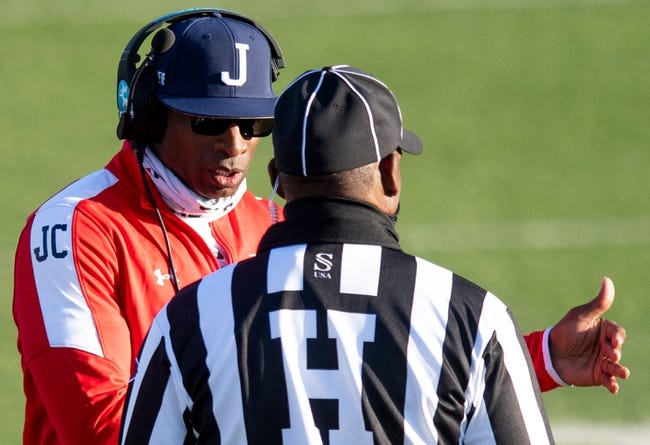 Photo by The Advertiser-USA TODAY NETWORK

The Jackson State Tigers and Southern Jaguars face off on Saturday in a week 8 FCS college football showdown at Mississippi Veterans Memorial Stadium.

The Jackson State Tigers won their first three games of the season before being defeated in their last game against Alabama State. The defense really struggled in that last game giving up 35 points and that led to the seven point defeat. Two games ago against Mississippi Valley State the offense was elite scoring 43 points and that led to 36 point victory. This a Deion Sanders team led and in all three of the wins the offense was elite. One problem in the last game was the play of quarterback of Jalon Jones. Jones threw for 180 yards and a touchdown, but he threw two interceptions and the turnovers are going to need to be turned around in this game. On the ground, Jones rushed 22 times for 94 yards and two touchdowns.

On the other side of this matchup is the Southern Jaguars who have played three games so far this year and they have won two games in a row. In the last game against Texas Southern, the offense was elite scoring 51 points and that led to a blowout victory. At quarterback Southern was led by Ladarius Skelton who completed 11 of his 18 passes for 174 yards, two touchdowns, and one interception. Skelton also rushed 14 times for 71 yards. Rashadd Muhammed also had a big game rushing ten times for 64 yards but he didn’t score any touchdowns.