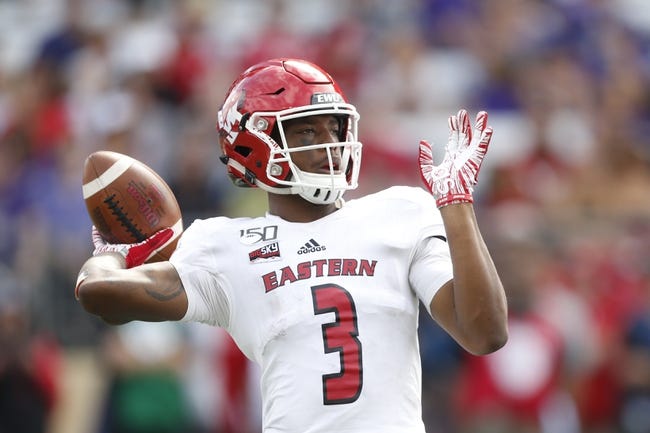 The UC Davis Aggies and Eastern Washington Eagles face off on Saturday in a week 8 FCS college football showdown at Aggie Stadium.

The UC Davis Aggies have played four games this spring and they sit with a 3-1 record overall. The only loss during that stretch was three games ago against Weber State and they didn’t play all that bad in that game. The defense gave up only 18 points, but the offense struggled scoring only 13 points and that led to the defeat. In the last game UC Davis offense was strong putting up 31 points and that led to the victory. UC Davis has a lot of success running the ball and in the last game they were led by Lan Larson who finished the game with 12 carries for 95 yards and two touchdowns. Quarterback Hunter Rodrigues also had 17 yards and a touchdown.

On the other side of this matchup is the Eastern Washington Eagles who lost their first game of the season but since that point they have won three games in a row. In the last game against Cal Poly it was the offense that was elite putting up 62 points and that led to the 52 point victory. Quarterback Eric Barriere had a big game throwing for 284 yards, three touchdowns and one interception. Each of the last three games, Eastern Washington has scored at least 45 points, and in this game the offense is going to need to run up the score.