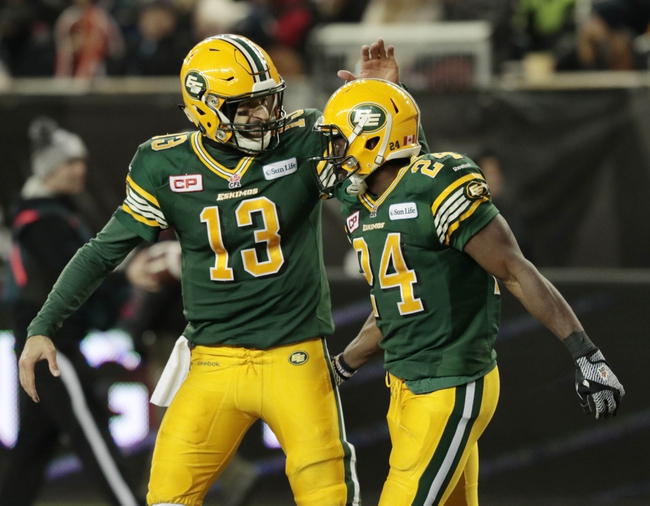 Edmonton already beat Hamilton by three points on the road this season, and the Tiger-Cats just got lost by 59 points to the Calgary Stampeders. This is a game where you usually eat the chalk, but I'm not comfortable laying two touchdowns when four of the five Eskimos victories have come by four or less points. None of Edmonton's wins this season overall have been decided by more than 11 points. I know Hamilton isn't good and last weeks loss makes it a team that's hard to back. But Edmonton plays in close games, and we're getting two free touchdowns. I'll take it if forced to.