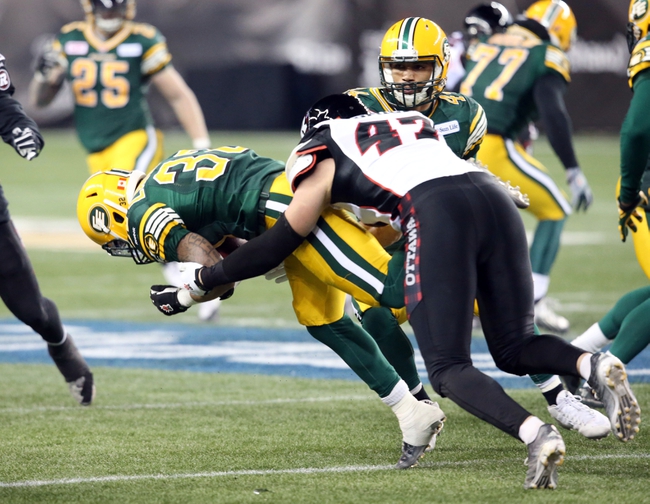 The Saskatchewan Roughriders and BC Lions meet Saturday in CFL action at BC Place.

The BC Lions look to avoid back-to-back losses to build on their 4-2 record. The BC Lions have won six of their last nine home games. Travis Lulay is completing 75.2 percent of his passes for 1,099 yards, seven touchdowns and six interceptions. Lulay and Jonathon Jennings have combined for nine touchdown passes. Bryan Burnham and Nick Moore have combined for 824 receiving yards and two touchdowns while Emmanuel Arceneaux has 30 receptions. The BC Lions ground game is averaging 89.5 yards per contest, and Jeremiah Johnson leads the way with 343 yards and five touchdowns. Defensively, BC is allowing 27.7 points and 397.3 yards per game. Solomon Elimimian leads the BC Lions with 45 tackles, Craig Roh has three sacks and Ronnie Yell has two interceptions.

The Saskatchewan Roughriders have had their issues on the road this season and haven't won back-to-back games since October. The BC Lions continue to flex their muscle defensively and have had no issues with teams not named the Edmonton Eskimos. BC also outscored the Roughriders by a combined score of 65-24 the last two weeks of last season. I'll take the BC Lions at home and the reasonable chalk.