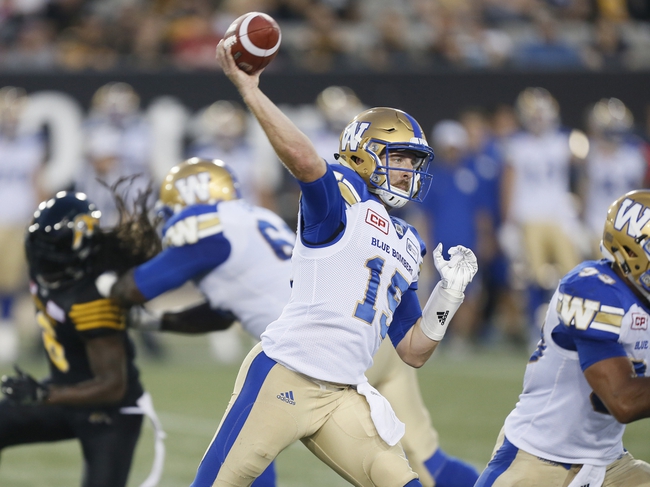 The Winnipeg Blue Bombers are playing some good football right now that's kind of going unnoticed with the way the Eskimos are playing. I wouldn't be shocked if the Blue Bombers won this game, but we're getting a very small line with a team that's done nothing but win games this season. Also, Edmonton has won eight of the last nine meetings against Winnipeg. Sometimes you have to ride the hot hand until it runs cold. I'll take the Eskimos with this toss-up line.